The plot of 1917 [+see also:
trailer
film profile] is simple. British lance corporals Schofield (George MacKay) and Blake (Dean-Charles Chapman) are the pawns given an impossible mission by General Erinore (Colin Firth) to make a seemingly suicidal dash into German territory in France. They must hand-deliver a command on a note that will stop the near-certain death of a 1,600-strong regiment about to fall for a dastardly enemy trap, which includes Blake’s brother. The execution of this story is sublime, virtuoso filmmaking at its finest.

Director Sam Mendes has utilised the skills of Oscar-winning cinematographer Roger Deakins to shoot this dash in one long, continuous shot. As was done in Alfred Hitchcock’s Rope and Alejandro G Iñárritu’s Birdman, there are some pretty unnoticeable cuts. It’s an incredibly ambitious endeavour, as the scenery changes from the trenches housing hundreds of British troops, and muddy fields teeming with dead bodies and the carcasses of animals that have been fed on by rats, to a farmyard with cows, dangerous water crossings, underground hideouts, a convoy on the road, and the bloody battlefield itself. German planes fly overhead regularly. The camera follows the men around, sometimes racing ahead of them, with the swiftness of a dogfighter. The decision to shoot continuously means that the filmmakers have somehow ensured the rats, the actors and the planes are all in sync. The level of planning that must have gone into the film is, well, like a battleplan.

The way the movie jumps from one level to the next is akin to some of the greatest computer games on the market, each section with a different look, a new set of problems and unexpected events. The filmmaking is immersive. The set design makes the locations seem naturally occurring, and the costumes range from spotless to grubby. Everything feels like things are happening by accident, rather than by immaculate design. 1917 has the energy and episodic structure of great fight and chase films, such as Enter the Dragon, Apocalypto and Children of Men.

It’s another remarkable look at the Great War, hot on the heels of Peter Jackson’s incredible documentary They Shall Not Grow Old [+see also:
film review
trailer
film profile], in which he took documentary footage and rendered it in colour and altered the frame rate to make it more palatable to modern tastes. 1917 starts off being a film that could only be made using today’s technology, but using it to take audiences back a century. There is a great tradition of war films bringing the best out of filmmakers, enabling them to push technological boundaries. Mendes joins this club, having had a slight misfire with his 2005 Operation Desert Storm war drama Jarhead. It’s Mendes’ best work.

There is a whole host of cameos from some of Britain’s best actors that the two lance corporals pass by on their journey, with Mendes showing a penchant for choosing thesps with strong theatrical backgrounds. There is also a remarkable central performance from George MacKay, who carries the picture, through moments of darkness, joy and sadness. The London actor is having a terrific year, and you would be hard-pressed to find a British star who has had two better recent performances than 1917 and True History of the Kelly Gang [+see also:
film review
trailer
film profile]. Do not be surprised if 1917 makes a late landing in the awards conversation.

1917 is a UK-US production staged by Neal Street Productions, Amblin Partners, DreamWorks and New Republic Pictures. Following its world premiere earlier this week as a royal show, it is set to go on general release in the UK on 10 January, courtesy of eOne entertainmentOne.

The Danish-Irish-German co-production also has British thesps Stephen Graham and George MacKay on board, who are presumably practising their singing voices

Nevertheless, last year saw a 57.1% drop in admissions, according to figures published by the association Film & Kino 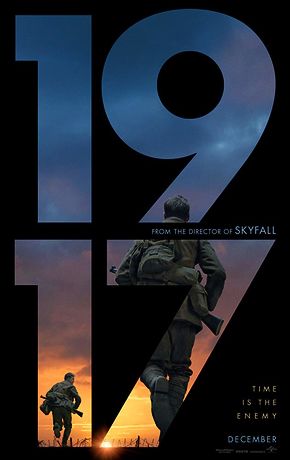 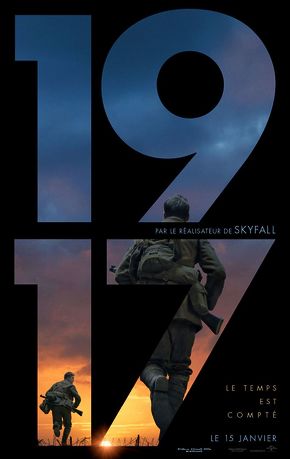 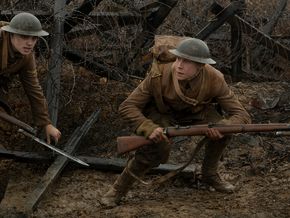 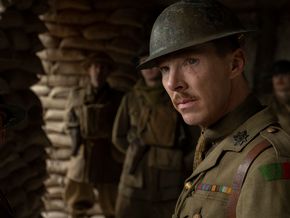 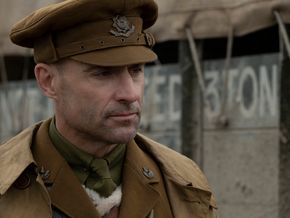 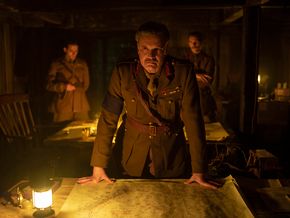 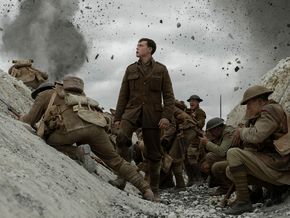 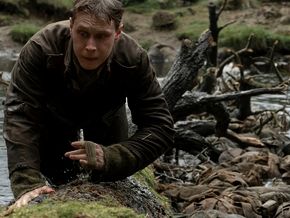