28/11/2019 - Arne Körner’s ironic coming-of-age film, world-premiered at Cairo, is brimming with black humour and revolves around a thirty-something protagonist who refuses to grow up

When we meet Bernd in Gasman [+see also:
trailer
film profile] by Arne Körner – which has just had its world premiere at the 41st Cairo Film Festival – he is running through the woods, apparently away from some kind of danger that is lurking outside the frame. Then we learn that escape is actually his modus vivendi. He works in a small theatre in Hamburg, still waiting for his breakthrough performance, but when he gets an opportunity for one, he does everything he can to sabotage his chances. He is offered a role in a play about a Nazi gasman, who travels around the country with a mobile gas chamber, hunting for victims. It will be staged by a famous film director, so giving a strong performance in this experimental, but slightly pretentious, play may well jumpstart Bernd’s career.

Instead of being curious, he is passive-aggressive, and after a while, it becomes unclear whether he is a good actor or just good-looking. The trouble doesn’t end there: Bernd is divorced and can’t pay his alimony – as the clerk visiting his house observes, Bernd buys nothing but cigarettes and is doing nothing to change his financial situation. Occasionally, he gets high with his new girlfriend, who is a drifter like him, or buys himself a drink when he attends the meetings of a curious men’s club, which apparently only admits losers and failures. The gathering is led by the elderly and bitter Uli, who was part of the Hitler Youth as a child.

Bernd is an antihero – he doesn’t want to grow or succeed, and frankly, it’s difficult to understand what he wants from life, which makes him an intriguing, albeit annoying, protagonist. He is not a dreamer, and there is no sensual, Instagram-like cinematography or hip soundtrack in the background. Bernd is literally a rebel without a cause, and the bill for that kind of lifestyle is definitely on its way. It’s very refreshing to see a film about a man who just doesn’t want to venture out of his comfort zone, be a better person or relate to any other concept of self-development that gets shoved down our throats every day.

The film thrives on the great performance by Polish-born, German-bred thesp Rafael Stachowiak. He plays his character with immense inner cool and warmth – even though we can’t understand why Bernd rejects every chance he gets to attain what is generally considered a “better life”, we can still relate to and empathise with him.

Arne Körner and Akin Sipal, who previously wrote The Bicycle [+see also:
trailer
film profile], have crafted an ironic tale, but one with a sad, if not depressing, undertone. The members of the men’s group they show don’t fit within the confines of German society; they’re seeking a new identity of their own, free from the World War II-tinged past, hipster culture and money-orientated society. But it seems that if you only run away from something and have no idea where you’re headed to, you truly are doomed.

Director Arne Körner also edited and produced Gasman, together with Konstantin von zur Mühlen and Uwe Zimmerman, while Martin Proth and Akin Sipal served as co-producers. The production companies involved in this German movie are Against Reality Pictures, Belvedere and Kronos Media. The world sales rights are still available.

Arne Körner’s ironic coming-of-age film, world-premiered at Cairo, is brimming with black humour and revolves around a thirty-something protagonist who refuses to grow up 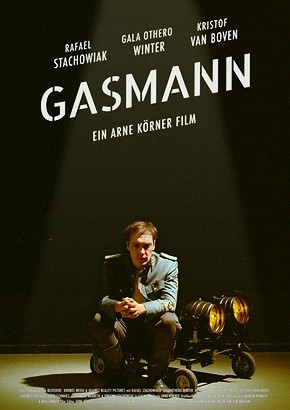 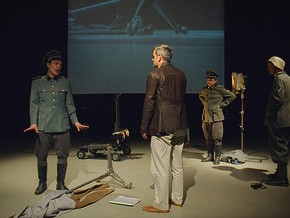 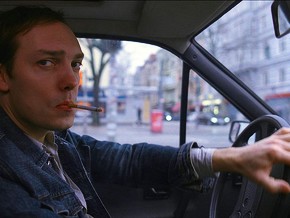 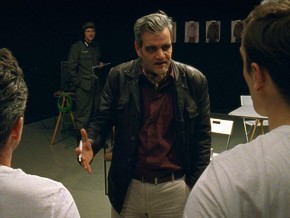 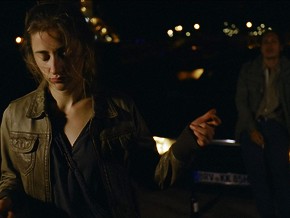 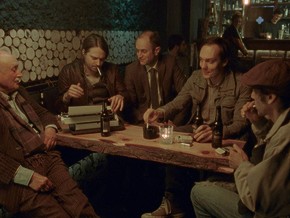