Filip Djurić and Ivana Vuković in My Morning Laughter

The debut feature that won the Grand Prix at the 25th Belgrade Festival of Auteur Film and has just opened the Pančevo Film Festival is the most pleasant surprise of the year in Balkan cinema, besides Honeyland [+see also:
film review
trailer
interview: Ljubomir Stefanov, Tamara K…
interview: Tamara Kotevska, Ljubomir S…
film profile]. Serbian writer-director-editor Marko Djordjević's My Morning Laughter [+see also:
trailer
film profile] could be dubbed a piece of psychological realism and features what might be the most natural and romantic love scene in any film this year. Hopefully, international festival programmers will have the sensibility to recognise this little gem so that it can break out of its home territory, which it truly deserves to do.

Unlike most recent pictures by young Serbian filmmakers, this one is not set in Belgrade, but rather in Kragujevac, a city in central Serbia once known for its automotive industry and now just a shadow of its former self. Twenty-eight-year-old Dejan (the fantastic Filip Djurić) lives there, in a country-type house, with his mother Radica (Jasna Djuričić) and an old, constantly drunk man named Rajko (Bratislav Slavković). The film does not tell us whether this is his father or his grandfather, though we can reasonably deduce that it is the former.

After an altercation with Rajko, Dejan hurts his hand in anger and calls his mum, asking her to come home. She promptly returns from work and bandages up his hand. The outlines of an Oedipal dependence rise to the surface even before mother and son go to visit a fortune teller (the greatest Balkan actor of his generation, Nebojša Glogovac, in his last role before he died of cancer in 2018, at only 49).

The fortune teller tells it like it is, in a simultaneously bold, sensitive and unexpectedly humorous scene that implies that we should believe him. Dejan is sexually repressed, and it's the fault of Radica, who gives him too much care and attention. Dejan is shy and Radica is in denial, and they storm off, only to find Rajko passed out in the yard. Soon, he dies in hospital.

Dejan goes about his work as a teacher at the local elementary school and gets a phone call from a colleague asking him to come to her place because she has hurt her back. This is where we meet Kaća (the wonderful Ivana Vuković), and the following scene, too good to spoil, proves the fortune teller was right about Dejan.

A few days later at school, Kaća invites Dejan to a small gathering in her home, and this event culminates in a love scene that's almost incredibly natural and thus clumsy to the point of it being cringeworthy, which makes it all the more romantic. Stefan Milosavljević's camera is fixed in a position that goes against all the filmmaking rules and films what might be the best sex scene of 2019.

My Morning Laughter could be said to fall under social realism, with its drab, post-communist interiors and accompanying themes, but this is no dark poverty saga. Rather, it's a serious-minded but playful story about a generation over-protected by their parents, and therefore unprepared for adult life, in a society that’s much worse than the one their parents used to live in.

Despite its core romanticism, the film is psychologically hyperrealistic and down to Earth. This is supported by the lack of a musical score and the subtle sound design by Stevan Milošević that makes the viewer "hear" silence throughout the film – the buzzing of unseen household appliances or the distant noise in school corridors while Dejan and Kaća chat awkwardly in the staff room.

My Morning Laughter is a co-production by Serbian companies Altertise and Cinne Rent.

more about: My Morning Laughter 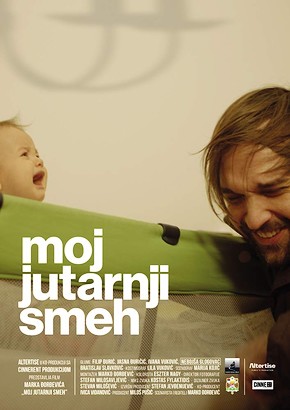 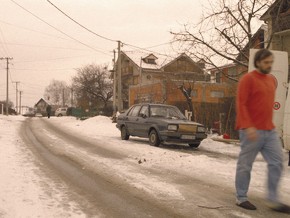 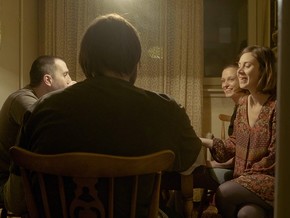 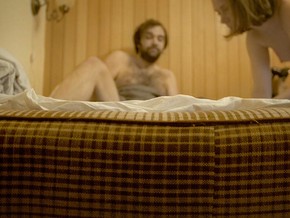 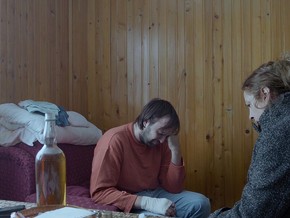 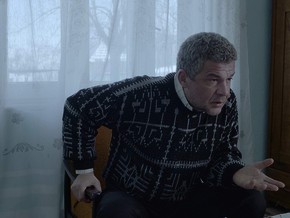 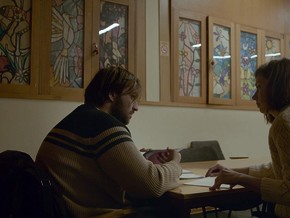