05/12/2019 - Marco D’Amore directs himself in the big screen spin-off of Gomorrah, dedicated to the series’ most iconic character

Marco D’Amore in The Immortal

It was with immense surprise, given his nickname and his fame, that fans of Gomorrah saw Ciro Di Marzio killed off at the end of the series’ third season. But Ciro Di Marzio, shot by his lifelong frenemy Genny Savastano during that fateful night in the Gulf of Naples, isn’t really dead. So, what came next, from that moment onwards, for Gomorrah’s most iconic character? The answer isn’t to be found on TV. Viewers should look, instead, to the cinema, and specifically, to The Immortal [+see also:
trailer
film profile], the big screen spin-off of the famous series that was based upon a book by Roberto Saviano; a film directed by and starring Marco D’Amore, who’s been the unmistakable face of Ciro Di Marzio for some years now.

Having already directed two episodes of the fourth TV series, D’Amore is now bringing the Secondigliano boss - nicknamed “the immortal” owing to his having survived a devastating earthquake as a new-born - back to life, in a movie which will act as a bridge towards the fifth season of the TV series (filming on which will begin in spring-summer 2020). It’s an innovative and complex cross-media operation which brings the small screen and the big screen together in one unique, narrative universe – the film is a stand-alone work, but in order to make sense of the next season of Gomorrah, viewers will need to have seen The Immortal.

There’s a continual dialogue between the past and the present in this film, and the mass recourse to flashbacks is one of the main differences which sets this movie apart from the series. In a hard-hitting opening sequence, we’re told how Ciro was rescued from the sea – having been launched beneath the waves by his assassins - at the same time as new-born Ciro is recovered from the rubble following the 1980 Naples earthquake. And, as we watch the revived boss living his new life, hiding out, exiled in Riga, Latvia in order to oversee a huge drugs trafficking operation, where there will be no shortage of bloody gang wars, flashes from the past show us Ciro’s childhood as an orphan in post-earthquake Naples, a time similar to the post-war period, where children left to their own devices end up stumbling into the open arms of criminal gangs. Stealing car radios, trafficking cigarettes - and later drugs - aboard speedboats are all in a day’s work for this young boy (played by 11-year-old Giuseppe Aiello, discovered in Scampia), who’s believed to be one of the bravest by his criminal mentor Bruno (Giovanni Vastarella). It’s Bruno, in fact (played as an adult by Salvatore D’Onofrio), who acts as the link between Ciro’s past and present, as he is the one who welcomes the latter to Riga. It’s immediately apparent that Ciro isn’t at all happy to see him again, and the flashbacks which follow will gradually explain why.

Ciro Di Marzio is a tormented and taciturn gangster; a tragic, almost Shakespearean mask; a gangster who cries. “People like us can’t have a family”, he’s told by Yuri (Aleksei Guskov), the Russian boss with whom he collaborates, and those who’re familiar with Ciro’s past deeds - as recounted in the second season of Gomorrah - know that what he says is true. The film, for its part, is more meditative, quite literally swathed in musical commentary coming courtesy of Mokadelic: the solitude of criminals, their sacrifice of those dear to them, the daily fear that they’re either going to die, be discovered or that they’re just not good enough, are all themes which are touched upon in this picture; a film made up of fragile and damned characters, and where the epic nature of the protagonist does little to diminish his misery.

The Immortal, whose cast also includes Marianna Robustelli, Martina Attanasio and Gennaro di Colandrea, is produced by Cattleya alongside Vision Distribution, in association with Sky TimVision and Beta Film. The film is released in Italian cinemas on 5 December, in roughly 450 copies, courtesy of Vision Distribution.

more about: The Immortal

The actor-director is back on set after the hiatus caused by Covid-19, stepping behind the camera for the fifth time to shoot this Italian-Spanish co-production co-starring Marta Nieto 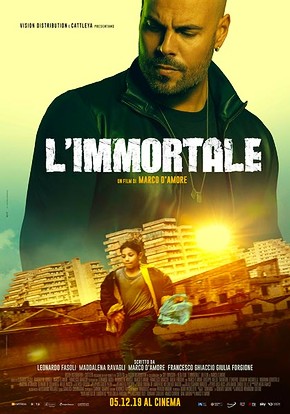 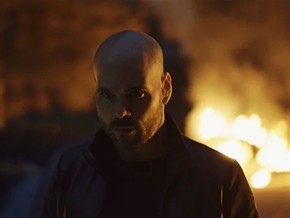 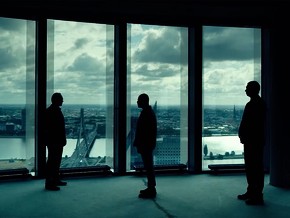 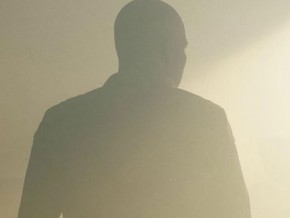 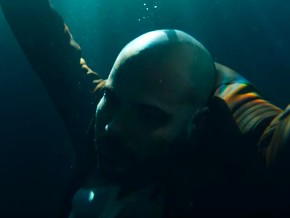