Review: Sing Me A Song

16/12/2019 - Thomas Balmès returns to the young Buddhist monk Peyangki, who appeared in his earlier work Happiness and is now wrestling with a crisis of adolescence while Bhutan gets to grips with modernisation

"Through wisdom, you can overcome ignorance in its very many forms." Twenty or so monks - children and teenagers wearing wine-coloured robes - are seated at tables chanting a Buddhist ritual prayer. But as the camera zooms out, we see that they’re also either playing or watching video games on their mobile phones. It’s this clash between spiritual traditions and ultra-technological materialism that the documentary Sing Me A Song, by Thomas Balmès, delves right to the very heart of; a film screened in a French premiere in the Playtime section of the 11th Les Arcs Film Festival following its initial unveiling in Toronto.

The French filmmaker has given himself over to a director’s dream: capturing the passing of time by returning to a character a few years down the line. Indeed, Thomas Balmès follows in the wake of his multi-award-winning work Happiness (honoured at the Sundance Festival in 2014, among others), returning to the spectacular surrounds of the Himalayas, in Bhutan, and to the world of Peyangki. Back when he was eight years old, in the first chapter of Balmès’ study, this young man was already expressing some rather contradictory desires: "I want to see aeroplanes and tall buildings, but when I’m big I want to be a monk - I want to take myself away and meditate, and become a lama, but I also want to live in a house and pay for electricity." Some years later, not only is the village of Laya connected to the rest of the country and the wider world by way of a road, an electricity network and a satellite system, the 17-year-old teenager has also developed a passion for love songs via his mobile phone, and now talks to a certain Ugyen – a single mum and former Miss Bhutan working in a night bar in the city of Thimphu - via WeChat.

With a sweeping gaze which absorbs daily life in the monastery – the many hundreds of candles encircling Buddhist alters, the various discussions which unfold between young monk friends and the admonitions delivered by the resident discipline master ("instead of studying, you spend your time playing on your mobile phone.") – before zooming out to Ugyen’s small group of city-dwelling friends as they wonder what exactly the future holds for them, the film ultimately homes in on the crossroads Peyangki faces. Following a small spoonful of medicinal mushrooms, he gathers together the funds he has put aside and sets off for Thimphu to meet with Ugyen. Gaming rooms, nightclubs, noisy streets: the young man slips off his religious robes and immerses himself in the world of modernity. But will his sentimental dreams find fulfilment? And how will he decide to live his life, in the end?

Framed by the director himself, who displays great skill (in capturing breath-taking scenery, in particular), and a sharp sense of observation when it comes to subtle changes in facial expression, Sing Me A Song is both an endearing portrait (traced calmly and steadily) and a suggestive study of a country where - as in many other lands - technology is having a devastatingly hypnotic effect on the younger generations. At times somewhat over-scripted, though beautifully accompanied by the music of Nicolas Rabaeus, Balmès’ viewpoint speaks of some kind of intermediary state; a civilisational bardo, of sorts, for both the microcosm (the main character) and the macrocosm (Bhutan). It leaves us eager to return to Peyangki in a few years’ time, to find out what happens next in his life and in that of the country itself.

Sing Me A Song was produced by France (TBC with Arte France Cinéma), Germany (Zero One Films), Switzerland (Close Up Films with RTS) and the US (Participant Media, who are also in charge of international sales).

more about: Sing Me a Song

Review: Sing Me A Song

Thomas Balmès returns to the young Buddhist monk Peyangki, who appeared in his earlier work Happiness and is now wrestling with a crisis of adolescence while Bhutan gets to grips with modernisation 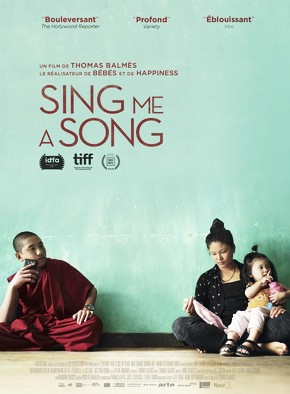 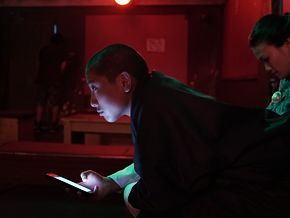 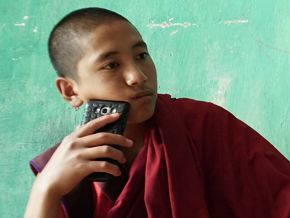