#ProtectAntarctic: It’s under this unmistakable banner that Spanish filmmaker and producer Álvaro Longoria and his fellow countrymen, brothers Javier and Carlos Bardem, have thrown themselves into the ecologist documentary adventure that is Sanctuary [+see also:
trailer
film profile], a film previously presented in Toronto and San Sebastian, ahead of its recent French premiere in a Special Screening session at the 11th Les Arcs Film Festival.

"There’s a perfect balance in operation between species and resources. Human beings should not interfere and destroy it. We must bear witness to it, to ensure its protection." As Javier Bardem insists – acting as the narrator and protagonist of a film retracing a Greenpeace campaign which the star agreed to take part in, lending his aura, his high profile and his influential clout to the cause - "the Antarctic Ocean is one of the last unspoiled areas on the planet, and its biodiversity is crucial to our survival."

It’s 15 December 2017 and we’re in the offices of Greenpeace Spain, where Javier and Carlos Bardem are learning the scope of the mission which they’ve signed themselves up to. Every year, the Convention of the CCAMLR (who govern the conservation of the Antarctic’s marine flora and fauna) is reviewed by its 26 member countries. Now, Greenpeace is proposing the creation of a protective sanctuary measuring 1.8 million km2 in the Weddell Sea. It’s a zone which boasts high levels of krill: a shrimp which forms the basis of the food chain and whose numbers are at risk as a result of industrial fishing practices (which sustain the production of omega-3 capsules). An online petition is launched with the aim of garnering 1.8 million signatures, because "politicians react to public pressure where environmental issues are involved". For the first time in his life, Javier Bardem turns to social media and announces he and his brother Carlos’ participation in the project (the latter wrote the screenplay for the documentary in league with the director) by way of a short, informal video posted on Twitter (showing Javier with a Greenpeace hat on his head).

567,000 signatures later, we return to the two brothers on 23 January as they reach King George Island via a small plane before boarding the Greenpeace ship. Sharing in the day to day lives of activists and scientists, the Bardem brothers discover the extreme climactic conditions and stupefying beauty of the Antarctic, her impressive glacial panoramas, her colonies of penguins, her birds, her whales, etc. They also learn just how important healthy oceans are when it comes to the climate change process. All of this and more, delivered in good humour (some of which self-deprecating), but also letting us into a certain level of angst when Javier agrees to take part in an underwater exploration. A week later, our two spokesmen set off home, but they will continue their persuasive work over the course of the next few months, by way of the media, by way of a meeting with the German minister for the environment, and then another with his British counterpart, etc. It’s a level of dedication which bears fruit, as the number of signatures hits the 2.6 million mark on the eve of a decisive meeting in Tasmania, where the countries in question will have to decide whether to create the sanctuary or not.

Reuniting with Álvaro Longoria following their work together on Sons of the Clouds [+see also:
trailer
film profile] (Goya 2013), Javier Bardem acts as the key driving force in this informative and educational, whistle-blowing documentary which pays homage to nature and the efforts of the various Greenpeace teams (Frieda Bengtsson, John Hocevar, Susanne Lockart, Sandra Schottner, etc.). The film’s narrative structure falls more within the arena of relaxed reportage than that of a traditional cinematic work. But the breath-taking scenery on offer and the fundamental importance of the message will win audiences over: "As human beings, we have to come together to defend our planet."

The London-based sales agent has also picked up the Forum films The Exit of the Trains, The House of Love and Strike or Die, plus the Panorama Dokumente title The Foundation Pit 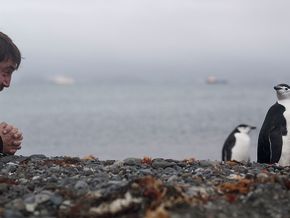 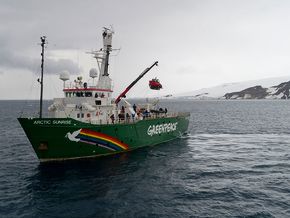 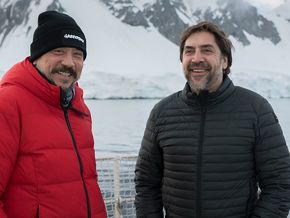 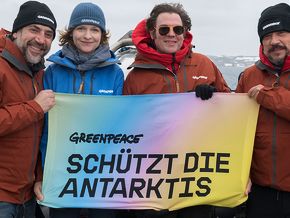