Review: Advantages of Travelling by Train

24/12/2019 - In his hilariously dark tale, Aritz Moreno makes a case for never talking to strangers on public transport ever again

Pilar Castro in Advantages of Travelling by Train

Describing any story as “dark” these days, in the post-Christopher Nolan’s Batman world, may seem extremely lazy, with the adjective thrown around so many times it has almost lost all meaning. But Goya-nominated director Aritz Moreno’s extremely pleasurable surprise of a movie, Advantages of Travelling by Train [+see also:
trailer
film profile], might just about bring it back with a bang. So dark it is at times almost uncomfortable to watch, his is the kind of proposition which, although bound to immediately scare some people away (and let’s face it, they may have a point), makes sure that the daredevils who decide to stay appreciate the approach — as well as, indeed, the darkness of most of the incidents, with the Spanish helmer going at full speed in a direction most would rather avoid at all costs.

Or rather directions, to be more precise, as Moreno (inspired by a novel by Antonio Orejudo) clearly revels in the endless possibilities of multiple storylines. He makes the most of it, and it is all frankly rather brilliant, with unpredictable stories hidden within stories hidden within other stories, Russian Doll-style, blending in seamlessly and with visual energy to spare. Not a small feat, given how mental it all gets at one point, with all the threads still keeping their own narrative identity intact somehow.

But while such a demanding structure, however well executed, can often feel like just another gimmick, here it is easy to forget all about it and to simply embrace the craziness as it comes running right at you: whether it is about a train ride to Madrid resulting in a woman (Pilar Castro) finding out about one psychiatrist’s (Ernesto Alterio) especially difficult patient, convincing people to throw themselves into garbage trucks for some reason; a sister’s tale of a brother (Luis Tosar) haunted by a terrible secret, the mere weight of which causes a dinner table to break in two; or the story of a love gone wrong that is bound to turn anybody into a cat person for life.

Politically incorrect, and sometimes just plain nasty, Moreno’s delightfully twisted ideas are bound to wake everyone up – especially during an award season inundated with prestige releases more posh and proper than even Downton Abbey. And while there is already plenty to love here, let’s remember what must be the best opening line of the year: “Imagine a woman coming back home, surprising her husband inspecting his own shit with a popsicle stick.” Or maybe let’s not.

more about: Advantages of Travelling by Train

The Big Hit, Ladies of Steel and Advantages of Travelling by Train will vie for the European Comedy award

The top prize handed out by EGEDA was bestowed upon directorial trio Arregi, Garaño and Goenaga, who trounced a host of solid rivals such as Alejandro Amenábar and Pedro Almodóvar

Review: Advantages of Travelling by Train

In his hilariously dark tale, Aritz Moreno makes a case for never talking to strangers on public transport ever again

With an intense schedule of over 1,200 meetings and 36 participating projects, the Berlinale’s leading co-production market is poised to launch its 15th edition 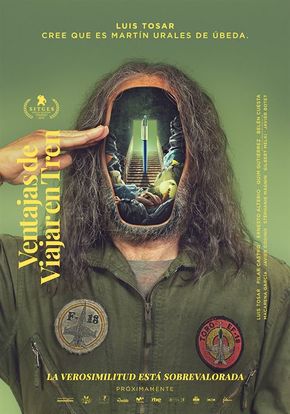 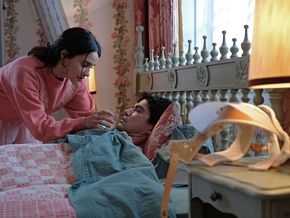 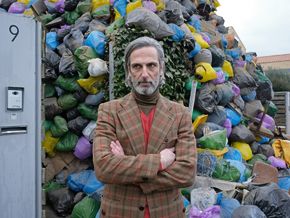