09/01/2020 - With leniency and understanding for the man behind the headlines, Gianni Amelio recounts the final months of socialist leader Bettino Craxi, who lived in exile following corruption charges

When it comes to Hammamet [+see also:
trailer
film profile], it’s the stunning performance offered up by Pierfrancesco Favino - off the back of his earlier extraordinary turn in Marco Bellocchio’s The Traitor [+see also:
film review
trailer
Q&A: Marco Bellocchio
film profile] - that really stays in the viewer’s mind. As Favino acts and moves his body beneath the heft of the facial prosthetics created by make-up designer Andrea Lanza, which lend him an uncanny similarity to the leader of the Italian Socialist Party Bettino Craxi, he conveys the voice and body language of the latter perfectly, not to mention the more nuanced traits of this determined and somewhat haughty character. Indeed, the final months of this former Italian leader - who was charged with accepting bribes following an explosive judicial investigation named “Operation Clean Hands” which unfolded during the first half of the 1990s – are the focus of Gianni Amelio’s film, a work which is hitting Italian cinemas ten days before the twentieth anniversary of Craxi’s death, which took place in exile in the Tunisian city which gives the film its title. Hammamet is a film aimed at raising debate and perhaps at opening up a new form of discussion which doesn’t look to demonise or sanctify, but which instead offers an alternative reading of the controversial but also innovative aspects of this man’s politics, a leader of the Socialist party who became leader of the country.

In a short prologue, Amelio invites us along to the closing of the 45th Socialist Party Conference in Milan, where we see Craxi triumphant, at the height of his political success. His friend Vincenzo (all the characters’ names have been changed, but this person is an ISP treasurer), played by Giuseppe Cederna, reveals his concern over the interest magistrates are showing in the party’s accounts. This is just the beginning of a huge wave which will engulf the political world and Italian society. In one particular flashback, we see the future leader as a child, shattering school windows with a catapult, perfectly encapsulating this heretical political figure who knew how to break the mould. Craxi spearheaded a reformist and liberal approach which wasn’t subordinate but was proud of its own leftist diversity; it was able to hold its ground in the face of a hegemonic and deeply rooted Communist Party. Craxi showed his decisiveness on various occasions; during the Sigonella Crisis, for example, and the diplomatic stand-off with the US, an episode recalled in one particular scene of the film where we see his grandson playing on the beach. The screenplay, penned by the director alongside Alberto Taragno, creates the character of a young man who mysteriously appears in the Hammamet villa which is under Tunisian soldiers’ surveillance, and who will record Craxi’s last testimony, as he lives out his final days with his wife (Silvia Cohen) and his daughter (Livia Rossi). Amelio, who has tackled themes such as terrorism, justice, social hardship, immigration and the evolution of capitalism with great skill, and always through the lens of a father-son dynamic, in this instance shows leniency and understanding for the human side of Craxi’s story, offering up a snapshot of a leader at the moment of his fall, when consumed by rancour and the ravages of diabetes. “We took the money for the party”, are the words he puts in Favino-Craxi’s mouth. “Yes, but something of it remained in your hands” replies the elderly Christian Democrat (Renato Carpentieri) who has travelled to Hammamet to find him. Witness statements which formed part of the inquiries and lawsuits at the time tell us that Craxi was well aware of the corruption amongst the party leaders; but more importantly, they speak of the money he himself pocketed: the New York apartment he bought, the hundreds of millions of lira contributed to his lover’s TV station, houses and hotels acquired in the name of this same woman.

Following a succession of sunny Tunisian images, the film ends with a “double dream” of sorts: a nightmare recounted by the protagonist to his daughter as imagined by the director, where a barefoot Bettino meets with his father on the roof of Milan Cathedral; a scene which is clumsily reminiscent of Aldo Moro as he breaks free from the Red Brigades in Marco Bellocchio’s Good Morning, Night [+see also:
trailer
interview: Marco Bellocchio, director …
film profile].

Hammamet is produced by Agostino and Maria Grazia Saccà’s Pepito Produzioni alongside RAI Cinema, in association with Minerva Pictures Group and Evolution People, and in collaboration with SBH. The film will be released in Italian cinemas on 9 January via 01, with international distribution in the hands of Minerva Pictures.

Italian productions drove the box office forward in 2020, winning a market share of 56.56%

According to Cinetel, January 2020 saw the 3rd best box office result in 10 years while cinema admissions ahead of the crisis grew by 20% with respect to 2019 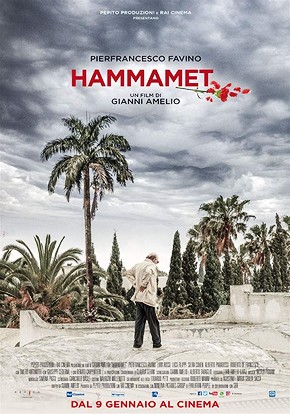 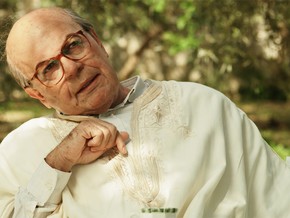 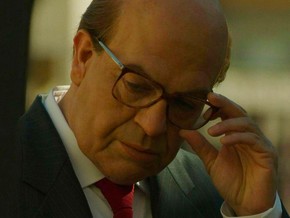