23/01/2020 - The last film written by Mattia Torre is a bittersweet comedy on what it is to be a parent in Italy today, a highly intelligent and original work starring Valerio Mastandrea and Paola Cortellesi

Flanked by the impeccable Paola Cortellesi, Valerio Mastandrea is once again tasked with playing the part of Torre’s alter ego in this sharp and highly personal comedy revolving around a very simple subject: having children in Italy today. Or rather, having a second child, to be more specific. Sara and Nicola – she’s a restaurant health inspector, he runs a fishmonger’s - are married, they pay their rent and they have a calm and quiet six-year-old daughter whom they bring along to dinners with friends. The balance in their lives is disrupted, however, by the arrival of their second child because, in this case, “1 plus 1 doesn’t make 2, it makes 11”; their love, of course, multiplies, but so does their fatigue. Sleepless nights, crying around the clock (here, “by agreement”, the baby’s cries are promptly drowned out by Beethoven’s Sonata Pathétique, one of the film’s most ingenious offerings), selfish grandparents and unlikely babysitters all combine to transform the couple’s lives into a living hell, while commitments relating to their firstborn (including a Carnival dinner with their daughter’s classmates, which proves as dramatic as it is unmissable) become increasingly pressing.

Torre’s gift is being able to look at even the smallest things in life with irony, but also with genuine interest; with loving wickedness, but without losing sight of the wider picture, the context in which it’s all unfolding; in this case, a country which is increasingly hostile towards those looking to bring children into the world: a “land of old people, for old people” where the grandparent generation – today’s pensioners, a privileged class – has devoured everything on offer and makes a point of minding its own business, thinking only of enjoying life without troublesome grandchildren getting under their feet. “We have to stick together”: this is the mantra repeated by the film’s two protagonists, who can’t rely on support from anyone else (and, as suspected, most of the work falls to the woman). Yet the movie explores how this team-of-two wavers – there are no fairy-tales here – and it does so with light-heartedness and originality, alternating sober reality with somewhat surreal moments (repeated jumps out of windows, mimicking escape at lightning speed from exasperating situations), outpourings of affection, as well as petty slights. We immediately identify with the situation, whether we have one, two, or more children, or none in fact, because it’s how we manage the ups and downs of life that’s up for discussion here. It’s a frank and very human film, credible even in its more grotesque elements, and very, very funny.

The Italian director is now filming this Wildside and Vision Distribution production in Rome, imagining the Italian capital stricken by a water shortage, wreaking havoc on rules and customs

Giuseppe Bonito currently on the set of L’Arminuta

Fresh off the success of Figli, the Italian director is filming an Italian-Swiss co-production based on Donatella Di Pietrantonio’s book of the same name 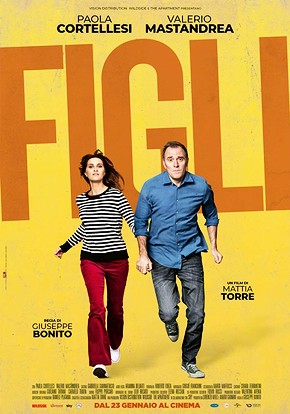 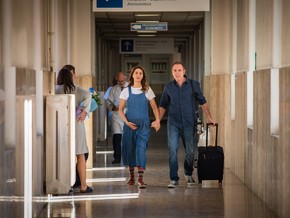 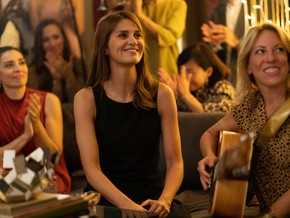