24/01/2020 - Laura Mañá uses humour to portray the crisis of the modern-day heterosexual male, caught between archaic values and new social expectations, mainly of a sentimental kind

What exactly does the much-lauded "new masculinity" consist of? Dressing like a hipster as per the dictates of fashion magazines, tattooing half your body à la David Beckham and shaving your eyebrows in the style of Cristiano Ronaldo? Taking this “existential” question as her point of departure, filmmaker and actress Laura Mañá (La vida empieza hoy [+see also:
trailer
film profile]) broaches the topics of the traditional male’s crisis, in the ever-changing world that is the 21st century, in her sixth work, Te quiero, imbécil [+see also:
trailer
film profile]. It’s a classic romantic comedy at heart, which focuses on the essential – making people laugh – rather than calling into question the commercial machine lurking behind so-called social campaigns aimed at (hetero) men who aspire to being “modern”, for example.

This is a typical story of a boy meeting a girl, neither of them understanding one another at the beginning, neither of them liking one another (or so they think), but then, in the end... well, you already know what happens in the end. The imbecile in the title is played by Quim Gutiérrez, an actor specialising in confused and immature characters - think of the clumsy local superhero in The Neighbour (read our review), the Netflix series which Nacho Vigalondo presented at the Gijón International Film Festival’s most recent edition. In Mañá’s work, the Catalan actor plays Marcos who, dumped by his girlfriend, fired by his boss and single once again, is forced to go back to sleeping at his parents’ house, despite being a long way into his thirties. He has no choice but to put himself back on the “market” and get back up to speed on the latest dating developments.

He’s helped in this arduous task and total love-life “reset” by his friend Diego (Alfonso Bassave), a textbook “pick-up merchant” who, obviously, introduces him to the world of Tinder. Thus, a succession of blind dates begin, each more disastrous than the last (peppered with a certain number of unsuccessful lines: writers, we’ve already seen The Crying Game!), resulting in trips to the gym, a change in look and a search for help by way of the sacrosanct Millennial bible that is the Internet, where an Argentine self-help guru is particularly triumphant (a certain Ernesto Alterio, who’s as unconventional and delirious here as he is in I Can Quit Whenever I Want [+see also:
film review
trailer
film profile]). While Marcos is "super busy" overcoming this difficult moment in his life, he casually crosses paths – as luck would have it – with Raquel (Natalia Tena), an old school friend and ugly duckling who now has dyed hair, plays music with no shoes on and wears “one size fits all”, hippy style clothes - think Diane Keaton in Annie Hall.

We won’t say any more about the plot of this simple, circumstantial and (commercially) effective story set in the highly photogenic city of Barcelona; a story boasting the pace of a nineteen eighties one-hit-wonder (it doesn’t even last 90 minutes: good job!) and presumably giving a nod to the unbeatable series Fleabag and the oft-reproduced simulated orgasm scene in When Harry Met Sally. If nothing else, the film’s ending, which looks to appeal to the latent sensitivity, sincerity and frankness of certain " bad boys", might lead one or two of the latter to think – even if just for a few minutes, on their way out of the cinema – about how they conduct their relationships with others, especially with the other sex who no longer have time for childishness, not to mention caveman behaviour.

Written by Iván Bouso and Abraham Sastre (both with TV careers under their belts), Te quiero, imbécil is produced by Brutal Media, Minoria Absoluta, Lastor Media and Yo hombre la película AIE, in association with RTVE, TV3, Netflix and the Institut Català de les Empreses Culturals (Government of Catalonia). Filmax are handling both distribution and sales.

Laura Mañá uses humour to portray the crisis of the modern-day heterosexual male, caught between archaic values and new social expectations, mainly of a sentimental kind 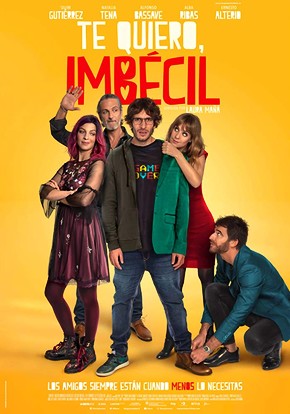 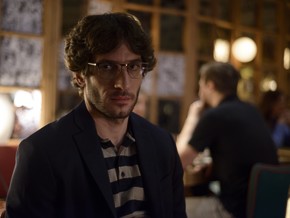 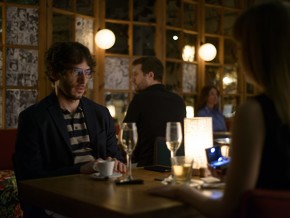