Coming to International Film Festival Rotterdam’s rather optimistically named Bright Future section, Eitan Efrat and Daniel Mann’s The Magic Mountain [+see also:
trailer
film profile] doesn’t really bring anything new to that festival-friendly concept of the essay documentary. But although probably much better suited to a smaller screen, a sentence this writer has been repeating way too often this year, it also provides a few delicious titbits to share with an unsuspecting colleague – healers! Nazis meeting an alien civilisation! Potential advantages of radon! At the same time, it manages to communicate a whole, well, mountain of information in a way that actually makes sense.

Neatly organised into chapters, the story covers a vast territory – also geographically, jumping from Austria to Switzerland, and then Poland – proving that there is no place these nosy humans won’t eventually gain access to, usually looking for some kind of golden treasure and finding something entirely different, not that it matters. It portrays people soaking up healing radiation inside a mountain, recounting stories about a wise woman able to cure a boy suffering from infantile paralysis with a powder made out of a certain rock, later named AION A, or searching for cave pearls made of calcite and limestone, but also the sweat and blood of the people forced to work themselves to death underground. On second thought, “vast territory” doesn’t even begin to cover it.

For all the experiments and new technology allowing us to venture further and further into these endless, dark tunnels, there is a clearly expressed longing in the film – a longing for something much more basic and primal, as enthusiastic mentions of witches' covens clash with people calling trees “silent witnesses”, or others just sweating it out in what looks like a very odd take on a spa. They touch the rocks and “feel delighted and happy”, as they share here – very much in accordance with Thomas Mann’s observation that nature cannot be reduced to comprehension, in the same book that seems to be fleetingly referenced in the title.

And so, encouraged by the directorial duo, early adopters and self-appointed explorers talk and share theories, or even try to decipher the meaning of mysteries captured in geometrical drawings by a well-known healer called Emma Kunz, but the mountains themselves remain perfectly enigmatic, shrouded in fog and apparently still protecting their secrets. Who knows? Maybe there are still some places these nosy humans didn’t manage to gain access to. Yet.

Written, lensed and edited by Eitan Efrat and Daniel Mann, The Magic Mountain was produced by Sirah Foighel Brutmann for Belgium’s Messidor, which is also handling the sales.

more about: The Magic Mountain 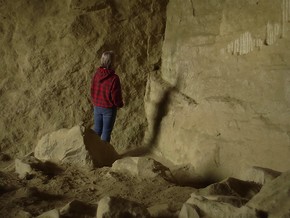 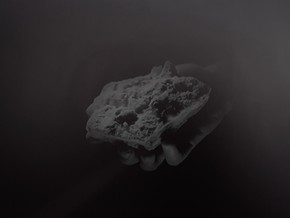