28/01/2020 - In her first fiction feature, Maria Bäck celebrates motherly love both in sickness and in health

Josefine Stofkoper in Psychosis in Stockholm

Chosen as the opening film of the 43rd edition of the Göteborg Film Festival, as well as one of the entries in the Nordic Competition, Maria Bäck’s Psychosis in Stockholm [+see also:
trailer
interview: Maria Bäck
film profile] is a much more delicate affair than its slightly salacious title might seem to suggest. As Cineuropa learnt, it’s also based on the director’s own experience of growing up with a mentally unstable mother, with a fictional narrative framed by their actual voices. It’s an easy trick, which should nevertheless immediately lower the blood pressure of anyone coming into the story half-expecting some harrowing drama, as their verbal exchanges are affectionate and gentle. They send out a simple, yet still slightly unexpected, message: this is not a film about one’s mental condition and the effects it may have on others who are left to pick up the pieces. It’s a love story.

As such, it needs its fair share of hurdles to overcome – manifested mostly in the mother’s (Josefin Neldén) worsening condition as she and her daughter (Josefine Stofkoper) embark on a little holiday and head straight to Stockholm, with the girl’s 14th birthday already looming on the horizon. Truth be told, the freckled teenager isn’t surprised, and despite her mother’s relaxed attitude, she already knows what’s coming: a proper breakdown preceded by a mixture of inappropriate jokes, mostly about blondes having trouble keeping their legs closed, and nervous tics she can no longer control. At that point, the perfunctory “Are you starting to feel weird, Mum?” serves no real purpose other than making one realise that the girl might be young, but she has seen it all before. Since she was five, as is actually mentioned. And probably more than just once.

This might be why she doesn’t try to wait it all out, and soon, her now out-of-control mother is placed in a facility. So she is left all alone, wandering around and spying on people, snacking in her now rather empty hotel room or contemplating perfect social-media posts that, predictably, have nothing to do with her situation. Stofkoper is very good in these scenes, even if the more emotionally charged ones come off as a bit stiff. There is no hiding the fact that the entire thing feels more like a sketch than a proper feature, but the relationship shown here never feels forced, and for every blow and every brutal “That’s where your dad dumped me” remark, you still hope that, regardless of all the complications, these two will find their way back to each other in the end. As well they should in a love story.

Psychosis in Stockholm was produced by Anna-Maria Kantarius for Swedish outfit Garagefilm International. The sales are handled by LevelK, while the distribution is taken care of by TriArt in Sweden and Mer Film in Norway.

more about: Psychosis in Stockholm

“You get used to navigating chaos”

In her first fiction feature, Maria Bäck celebrates motherly love both in sickness and in health 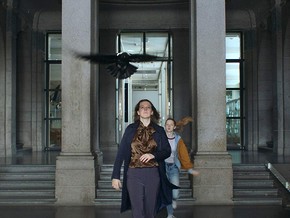 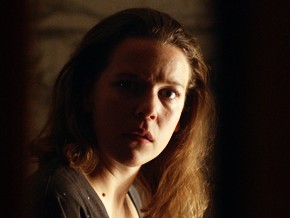