Danish actress-turned-director Malou Reymann dissects A Perfectly Normal Family [+see also:
trailer
film profile], premiering in International Film Festival Rotterdam’s Big Screen Competition and screening at the Göteborg Film Festival – marking her first step into feature filmmaking, but also reflecting her own personal story. Having grown up with a father who, just like the film’s Thomas, one day decided to transition (played by Mikkel Boe Følsgaard, so delicately that it should silence any future naysayers complaining that the role didn’t go to a trans performer), she knows more than enough about the subject. One assumes that this has surely come in handy, but what matters most is that Reymann proves to be an astute, sensitive helmer. She is able to tell a simple, yet rather affecting, story – which, it must be stated, is not 100% autobiographical – and get some good performances along the way. And that’s not half as easy as it sounds, mind you.

She also gets them from children – the ultimate challenge for every director, prone to going horribly wrong, regardless of the budget or one’s years of experience. In this case, they are young girls, as Thomas has two growing daughters (Kaya Toft Loholt and Rigmor Ranthe), and when his wife decides to finally break the news – over pizza, in the worst possible way – it’s both heartbreaking and, yes, hilarious in a way, as jaws drop and so do the extra toppings. Frankly, this scene alone teases Reymann as the kind of director who cares more about emotional truth than political correctness, nowadays often forcing people to react the way they think they should, instead of the way they would. And it’s also one of those moments assuring you that, by the end of it, you will actually care for them all.

That’s not to say that struggles don’t lie ahead, as even in an environment that, interestingly enough, seems generally unthreatening (which may come as a surprise, given that Thomas makes his decision not today, but sometime around when Britney Spears “did it again”), he still needs to deal with his children. Especially his youngest, Emma – a tomboy suspiciously eyeing her dad’s transformation into pink-loving, sports-ignorant Agnete. It’s she who seems to have real trouble handling the change, with the young actress communicating Emma’s unease rather beautifully – you can really feel her heart sink when her father shows up unannounced in the football club, just because she happened to forget her shoes. It’s yet another minor occurrence that actually speaks volumes, establishing the story’s hushed tone. As far as you can possibly get from some much-publicised celebrity transitions, A Perfectly Normal Family is not exactly a sudden front-page reveal, but rather a quiet exploration led by a group of people figuring out a way to be together without immediately jumping at each other’s throats, however tempting that must feel sometimes. It’s funny that although Reymann seems to be questioning the meaning of that very phrase, ultimately, this is precisely what she ends up showing: a perfectly normal family.

more about: A Perfectly Normal Family

The Dutch director's multi-character drama takes place on a ferry between Morocco and Spain, in a co-production between Revolver Amsterdam, A Private View and Nukleus Film 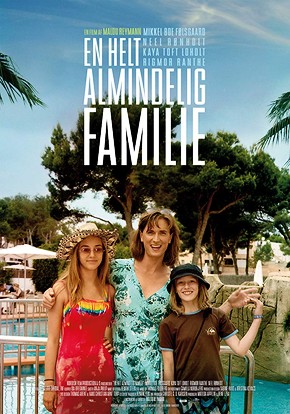 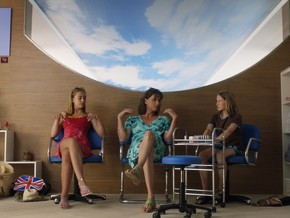