29/01/2020 - Swiss director Stéphane Goël's documentary allows us to enter into the private world of Jacques Dubochet, a man with an unusual mind and an advocate of science and conscience

Two years after Islander [+see also:
film review
trailer
film profile], Stéphane Goël is making his return to the Solothurn Film Festival (battling it out for the Prix de Soleure) with his latest work Citoyen Nobel [+see also:
trailer
film profile], a moving and, at times, exhilarating portrait of a decidedly atypical Nobel prize-winner, but also of a man who has never stopped fighting for what he believes in.

Stéphane Goël has often filmed characters who choose to live their lives differently: on the margins and in isolation when it came to Islander, or (involuntarily) in the shadows but pugnacious, as per the women in From the Kitchen to the Parliament. At the heart of the matter this time, we find Jacques Dubochet, the winner of the Nobel Prize in Chemistry and a charismatic character who wields a decidedly refreshing sense of humour and sincerity. Although the notoriety that came with the award could easily have led to an unquestionably enticing international career, Jacques Dubochet chose to fight to save the planet in his own small way, in the name of his ideals and on behalf of future generations, leading an endless quest for balance and collective conscience. When he received the Nobel Prize in Chemistry in 2017, the life of Citoyen Nobel’s protagonist was upended forever. It certainly isn’t an easy thing to step out of the shadows and into the light, finding oneself in high demand from all quarters. How do you react? And, crucially, what do you say? What cause do you fight for? The answer: climate change. Protests for the protection of the planet had always been important to Dubochet (in the nineteen-seventies, he protested against the construction of a nuclear power station in Keiseraugust in the Swiss Canton of Aargau) and they naturally found new life during the “post-Nobel” period. Moved and impressed by the young people descending into the streets in order to protest over climate change, and especially fascinated by Greta Thunberg’s iconoclastic character, Jacques Dubochet found his purpose and something worth fighting for. A researcher, a philosopher but above all a citizen: that’s what he wanted to be and what he painstakingly succeeded at becoming.

Jacques Dubochet’s personality immediately piqued the interest of producer Emmanuel Gétaz, who persuaded him to be the focus of a film, despite the ongoing commotion from the Nobel Prize celebrations. Director Stéphane Goël immediately became involved in the project, fascinated by the idea of a man who suddenly finds himself having to contend with glory and all the fuss that comes with a celebrity status he never really sought.

What do you do with this “poisoned chalice”, which is a source of pride, but which also leaves its recipient dazed and confused? Goël followed the post-Nobel adventures of a man who never separates the words “science” and “conscience”, a courageous and imperfect character of unlimited sincerity who is fighting for a better future.

Of course, Citoyen Nobel is a film about Jacques Dubochet, but it’s also about masculinity, about the particular character the men of his generation have had to play in order to feel socially accepted. Despite being a decidedly hippy climate change activist, Jacques Dubochet’s family life was actually rather traditional, with his wife looking after the children and he fully focused on his career. As he admits in the film, this choice seemed normal and legitimate at the time; it’s only now that he realises the sacrifices his wife made in order to support his career. Stéphane Goël films this realisation, whilst also giving voice and form to the mysterious Christine Dubochet, the vital pillar of the family who fully shouldered its wellbeing. Citoyen Nobel is a moving and heartfelt “feel good movie” which reveals the vulnerable side of success and the desperate search for meaning embarked upon by a man who has never stopped fighting.

Citoyen Nobel is produced by Dreampixies Sarl and is distributed by Agora Films. 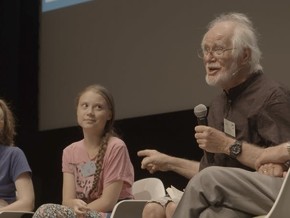 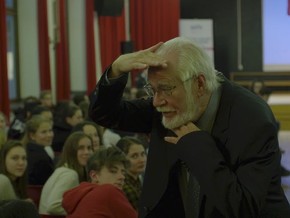 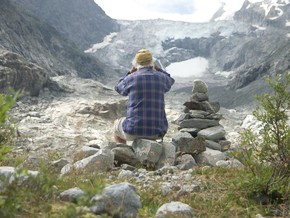