29/01/2020 - Newcomer Nuria Giménez enchants the audience with a documentary exploring the use of lies, boasting a sophisticated and fascinating cinematic structure

Nuria Giménez (Barcelona, 1976) doesn’t hide her admiration for the works nor the person of Andrés Duque (Karelia: International with Monument [+see also:
film review
trailer
film profile]), a Venezuelan filmmaker living in Barcelona who provided Giménez with advice when she started thinking about her first film, My Mexican Breztel [+see also:
trailer
interview: Nuria Giménez
film profile], which was presented in a premiere at the recent Gijón International Film Festival (in the Llendes line-up). Her debut work won the award for Best Spanish Film and is now taking part in the Bright Future Competition at the International Film Festival Rotterdam 2020.

The idea for the film originated in 2011, when Giménez came across a few home movies made by her grandparents, Ilse G. Ringier and Frank A. Lorang, mid-way through the last century. Based on that rich material, which shows the couple – she, of similar elegance to Ingrid Bergman; he, as burly as a circus strongman – travelling around the world (from Paris to New York, Majorca to Florence, between meetings with friends, excursions and lunches), the filmmaker set about planning a sophisticated and fascinating film structure: she wrote a diary on behalf of an imaginary character, Vivian Barret, recounting specific moments of her existence, her worries and her innermost thought. She then illustrated those words with material selected from amongst her forebears’ 50 reels of 16mm film.

In so doing, she has crafted an impressive audiovisual trompe l'oeil, almost entirely lacking in sound, which involves the viewer reading the protagonist’s memories in text form on screen. This text is perfectly matched to the images we see on screen, leading to a powerfully hypnotic effect. Such an exercise in storytelling and fantasy not only succeeds in portraying a wholly believable life, suitably endowed with light and shade, it also tackles a rather peculiar phenomenon: the need we feel to cling on to certain lies in order to escape from the unbearable side of human existence - its uncertainties, its insecurities and, above all, its fleeting nature.

In this way, the viewer becomes an actor in this offering which is as suggestive as it is bold, because he or she must give a voice to the words which appear on screen, as well as lending sound to the larger part of the film, which is almost always silent. This supreme silence breaks audaciously with the ear-splitting noise pollution which usually dominates contemporary audiovisual works, and allows sentences such as "I’m surprised we don’t spend all day trying to kill one another, or that we make love", written by the imaginary character known as Vivian Barrett – fascinated by the non-existent writer Paravadin Kanvar Kharjappali, whom she continually quotes – to linger in our minds as if an irrefutable truth; more irrefutable, in fact, than this fake documentary which depicts a universe in such vivid fashion that it’s hard for us to accept its ultimate inauthenticity.

My Mexican Bretzel is produced by Bretzel & Tequila, who are also in charge of international sales.

more about: My Mexican Bretzel

“I don’t feel comfortable in the virtual world”

With her first feature, My Mexican Bretzel, Nuria Giménez has garnered a sweep of awards at national and international festivals. Now this intriguing documentary can be enjoyed in cinemas in Spain

European entries A Storm Was Coming, For the Time Being and The Trouble with Nature also departed triumphant from the fifth incarnation of the Galician festival

The volcanic island is about to hold the tenth edition of its festival, with a selection of the very best in the short and feature-length formats, and a sizeable presence of Canary Islanders

Newcomer Nuria Giménez enchants the audience with a documentary exploring the use of lies, boasting a sophisticated and fascinating cinematic structure 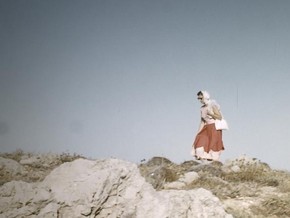 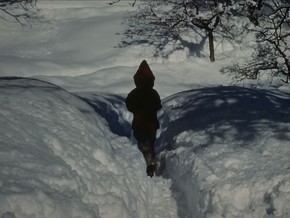 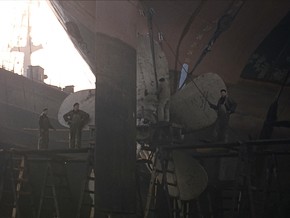