One of the many films featuring in the Limelight section of this year’s International Film Festival Rotterdam is Sonja Wyss’ Farewell Paradise [+see also:
trailer
film profile]. It takes the form of an intimate documentary which looks to piece back together a family life that has fallen apart, taking as its starting point an old family photo of the director as a little girl - snapped by her father Ueli - who leaves the Bahamas alongside her mother and three sisters. The reason for their departure is the parents’ failing marriage, which scatters the various family members into an abyss of uncertainty.

Thanks to the somewhat meagre mise en scène (there’s no narrating voice, and very little music, except towards the end) which sees individual protagonists confiding in the camera alternated with archive photos, Sonja Wyss maintains the level of sensitivity that is necessary to telling a private story of pain and growing up. It’s a story exploring the human, economic and social variables to which family units composed only of women are exposed.

Each of the daughters describes environments, sensations and fears felt at a crucial and highly symbolic time in their lives, such as the moment they bid farewell to the Bahaman island paradise in exchange for life in Switzerland, which also involved bidding farewell to their dream of a united family. The film’s pace is shored up by brief shots of winter landscapes and, as with its female characters, there’s an unusual, harmonious calm about it, exuded for the full duration of the documentary: in every two-way conversation, there’s room for life, for reflection on what has been and what is yet to come. Indeed, in the final part of the film, husbands and grandchildren enter the fray, dissecting the present and piecing back together imperfect family portraits.

Whilst the film is intended to be therapeutic and its happy ending implicit, this work is nonetheless significant for the courageous approach taken by the director towards such personal material; an approach which sidesteps displays of sentimentality and embarrassing showdowns so as to foreground pain in all its dignity.

Despite the care taken not to sully the family intimacy with self-reference, this private story rarely turns into a social story; there aren’t many mentions of individuals outside of the family or of the isolation that this single mother and her daughters have suffered within their own apartment block. Meanwhile, the fact that the father Ueli seems to be posited as the main culprit in the story is actually misleading, because, in reality, the protagonist grew up with him. That said, the discussions do take the form of reflections rather than accusations. As such, Sonia Wyss’ film isn’t an outright criticism of the patriarchy, even if it does seem to take on this form over time: by way of its minimalist style, which favours a patient, stitch-by-stich approach, Farewell Paradise successfully negotiates paternal obsessions and guilt, human ties and family bonds, culminating in an ending which is half nostalgic, half liberating.

Farewell Paradise is produced by Simone van den Broek on behalf of Basalt Film, who are also in charge of international sales. 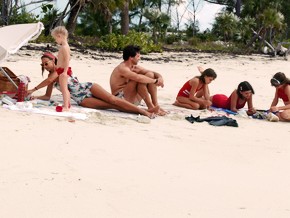 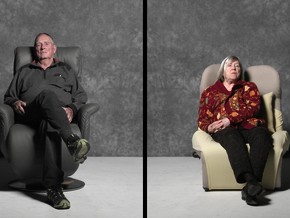 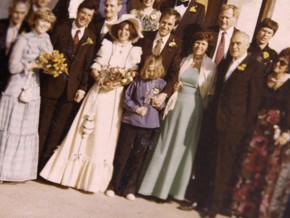 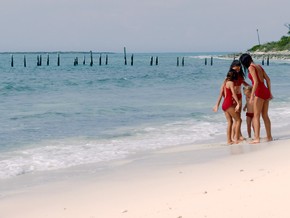