“I do not have any images of this world, only the impressions I see in films, which will dissolve with time if no one looks at them.” At a time when the definition of what constitutes a work of cinema is troubling an industry already shaken by the rise of streaming platforms, where the model of the great Hollywood studios is in mutation, Hungarian filmmaker Péter Lichter goes back to basics with Empty Horses [+see also:
trailer
film profile], an experimental archive film screened in the Deep Focus Regained section of the 48th International Film Festival Rotterdam.

Lichter immerses himself in the “dusty crypt” of 20th century film history with more than 200 classic film clips, from Hitchcock to Carpenter, Ford to Scorsese, Keaton to the Coen brothers, Lang to Kubrick, Antonioni to Ozu, but also Welles, Spielberg, Coppola, Eisenstein, Truffaut, Tarkovsky and many others, with films going from Rashomon to The Texas Chain Saw Massacre, The Treasure of the Sierra Madre to Mad Max, To Be or Not to Be to Back to the Future, The Sound of Music to A Nightmare on Elm Street. This third feature from the director (whose precedent film The Rub was shown in the Berlinale Critics’ Week in 2018) scrolls through a myriad of clips (shown in the middle of the screen against a black background, sometimes doubled in a split screen) in a vertiginous sequence which will be the delight of all cinephiles.

But Empty Horses isn’t simply a joyful farandole of cinematic gems, as two characters in voice-over monologue or converse throughout, two filmmakers with radically opposed experiences who meet in limbo, after death. The first, American director Michael Curtiz (Hungarian emigrant, real name Mihály Kertész), offers memories from his journey in the factories of Hollywood’s Golden Age (“people only remember one of my films, or three if you want to be optimistic. But I shot around 150!”, including the classic Casablanca), his slave status to media mogul Jack Warner, his love stories, his vision of art (“when I first began working for the studios, this whole affair seemed like a crazy thing that would never last, only slightly more sophisticated than the circus, and which could never come close to theatre”, “Hollywood isn’t a place, but a philosophy of speed and of the impossible”). The second, Gábor Bódy (1946-1985), pioneer of experimental cinema ("only the craziest people watch my films, or maybe art histories sometimes, but no one does it to have fun”) bounces off Curtiz’s words. The two men chat, exchange, listen to and compare each other, squabble and make up on metaphysical topics such as time, death, memory and, of course, images.

An endless well of cinematic stimuli, Empty Horses is a sophisticated, very personal and inspired work of collage (the film clips illustrating the topics evoked in voiceover with a consummate flair for stringing ideas together), but one which might be best enjoyed in small doses to better appreciate the connections between the two levels of expression, namely between the voiceover and the visuals. A captivating trip for film fans (“conscience is like a rather boring projectionist”) in a spiritual dimension where celluloid ghosts come back to life in a carefully crafted montage designed by the director himself.

Empty Horses was produced by Mindwax, which is also handling international sales. 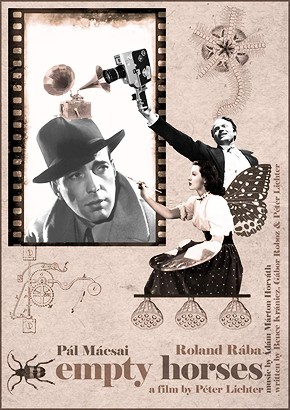 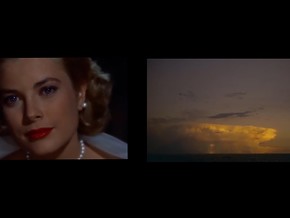 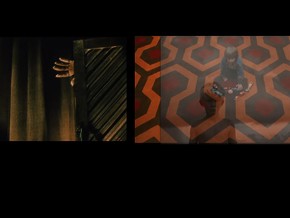 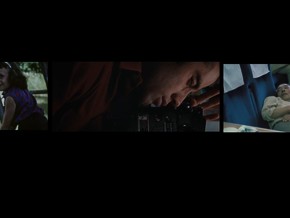