The Bright Future Competition of the 49th International Film Festival Rotterdam played host to the world premiere of Danish director Illum Jacobi’s debut film. This intrepid mountaineer specialising in Arctic expeditions has transposed all of his love, respect and devotion for nature into his extraordinary first work, The Trouble with Nature [+see also:
trailer
film profile]. The film revolves around the political philosopher and aesthetics theorist Edmund Burke who, at the age of nineteen, wrote one of the most important works of the Romanticist movement. In 1757, the young Burke invented the term "sublime", differentiating it from “beauty” in his treatise A Philosophical Enquiry into the Origin of Our Ideas of the Sublime and Beautiful. The Irishman, however, penned his intellectual hypothesis from the comfort of his own bedroom, without ever coming face to face with the sweeping nature which he referred to as “the sublime” in his book.

The Trouble with Nature unfolds in 1769, twelve years after the publication of the book which first brought the protagonist fame. Jacobi imagines Edmund Burke utterly ruined, in the grip of a mid-life crisis, but nurturing a literary project which could rid him of his financial and existential worries. When his aesthetics treatise is due for a reprint, the philosopher decides to take himself off to the French Alps so as to see “the sublime” with his own eyes and re-write his great work equipped with this new knowledge.

Without any introduction to or explanation of either the journey or the character, the film catapults us directly into the immensity of the forest. It begins with an image of Burke (played by the English actor and musician Antony Langdon), frustrated by his inability to find his way through the wood. The scholar and his indigenous servant Awak (brought to life by the lead actress of Post Tenebras Lux [+see also:
film review
trailer
film profile] Nathalia Acevedo) find themselves lost in Provence on their way to the Alps. In this sense, the film starts by highlighting Edmund Burke’s shortcomings; and this ridiculing only intensifies over the course of the film.

The Trouble with Nature is a period road movie on the ambitions and ego of a philosopher who can’t get to grips with the aesthetic concept he himself invented. Just like Albert Serra’s Story Of My Death [+see also:
film review
trailer
interview: Albert Serra
film profile], the Danish director’s film depicts the passage from the Enlightenment to Romanticism, parodying a figure who’s fundamental to the Age of Enlightenment. In this instance, there are no duels between Giacomo Casanova and Count Dracula to express the triumph of Romanticism over Enlightenment; but we do see a “vampirised” form of nature – impenetrable, four-thousand-metre-high mountains; frozen glaciers and caves – which this man of letters attempts to destroy. In the end, the victory enjoyed by sublime or romantic nature is immortalised by way of an unforgettable frame, which sees the director and his DoP Frederik Jacobi reproducing the most emblematic painting of Caspar David Friedrich and, therefore, of Romanticism.

The Trouble with Nature is produced by French firm La Fabrica Nocturna and Denmark’s Adomeit Film.

more about: The Trouble with Nature 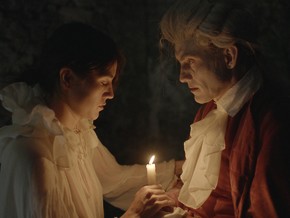 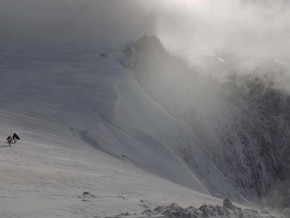 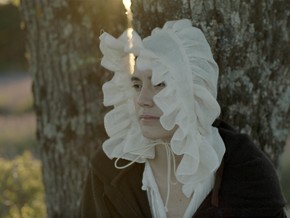 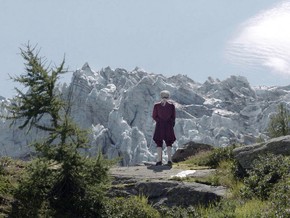