03/02/2020 - Maïmouna Doucouré has won the Best Director award at the Sundance Film Festival for her feature debut, a multi-faceted coming-of-age drama

Maïmouna Doucouré’s Cuties [+see also:
trailer
interview: Maïmouna Doucouré
film profile] is one of two French films selected at the Sundance Film Festival in the World Cinema Dramatic Competition (where it won the Best Director award). Doucouré had already won the award for Best Short Film for Maman/s in 2016, and this new award-winning feature elaborates on the same concept. The jury was fascinated by the busy mise-en-scene which showed great aesthetic coherence and confidence.

Doucouré, who also wrote the script, tells the story through the eyes of an 11-year-old girl, but Amy, the main protagonist in Cuties, is also an alter-ego for the director who, like her, grew up between two different cultures — that of France, her native country, and that of Senegal, where her parents were from. At school, Amy wants to join the same dance group as her neighbour, Angelica. The group is made up of four very confident girls, who take the airs of grown women and wear very revealing clothes. Amy does not have this confidence, and, in secret, she watches videos to learn her moves, while spending more and more time with her new friends.

Meanwhile, at home, everybody is getting ready for the father’s return from Senegal. When Amy learns that his new wife will be with him, she is distraught. She is also torn between her mother’s sadness and the traditional ideas that her aunts continuously recites to help her become a woman. Dance becomes an escape and she practices obsessively, channeling all her energy and frustration into her training. Young actress Fathia Youssouf finds the perfect balance in a performance both delicate and surprisingly powerful, and her charisma is the film’s biggest strength. Though she stands out from the other actors, all are extraordinary.

Doucouré creates a multi-faceted coming-of-age film. This prism reflects the image that young girls have of themselves in our society, their aesthetic sense informed by social media, advertising and everyday pornography, and their ways of expressing themselves through clothes, make-up and rude language — all things which are part of a way of life that our entertainment industry tends to reduce to stereotypes without understanding them. In Cuties, Doucouré confronts a falsely progressive image of womanhood, with a falsely conservative vision, to better bring out nuances. She intelligently avoids demonisation and easy solutions, instead crafting a plea for a better understanding of each other.

Despite the heaviness of its topic, the film succeeds in maintaining a sense of calm and of childish levity, even a sweet sentimental touch. The choice of warm and saturated colours adds a hint of magic in a tense, tightly edited film. The director has crafted the most beautiful luxury case for this relevant and artistically convincing little gem.

Cuties is produced by Bien ou Bien Productions and France 3 Cinéma. The film is distributed by Bac Films in France and by Netflix worldwide.

French filmmaker Maïmouna Doucouré tells us about her feature debut, Cuties, awarded at Sundance and Berlin and acquired by Netflix, now landing in French cinemas

10 world premieres, half of which are either full or part-European productions, will compete for the Platform Prize at next month’s festival

An Escazal Films production sold by Be For Films, the filmmaker’s debut feature is due to world premiere in the Cineasti del Presente competition

“We are anticipating a rough period when cinemas reopen in France, as the number of films will be greater than usual”

The writing mentoring and residency scheme for Francophone filmmakers is organising a Zoom call on 3 November, revealing details of its 2020 session and candidates’ prospects for selection next year

Yasin Houicha and Oulaya Amamra lead the cast of the filmmaker’s first full-length work, a Unité production set to be distributed in France by Haut et Court 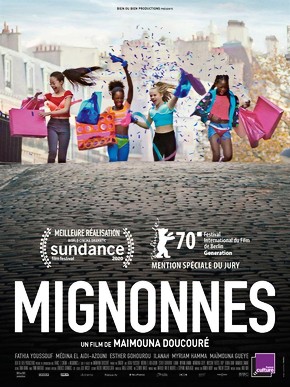