For his third documentary, famed Chinese dissident and artist Ai Weiwei has veered away from telling another story about migration, which has been central to much of his recent gallery output as well as his films Human Flow [+see also:
film review
trailer
film profile] and The Rest [+see also:
film review
trailer
film profile]. In contrast, Vivos [+see also:
trailer
film profile], screened in Documentary Premieres at Sundance 2020, tells the story of Mexican students ambushed on a bus, mainly from the perspective of their parents awaiting news of their children. Investigating what happened, Ai Weiwei finds corruption at a local, national and, finally, global level involving police, drug barons and politicians. Telling the story of systemic and endemic corruption, Ai Weiwei teases out the information, connecting the dots of a massive cover-up that protects those in power. With each film, the artist becomes more attuned to the needs of spoon-feeding a cinema audience, with stronger narrative arcs and less free flow, resulting in more impactful storytelling.

On 26 September 2014, a convoy of students from Ayotzinapa Rural Teachers' College in Guerrero state, travelling in buses in the city of Iguala, was brutally attacked by police forces and other masked assailants. In the course of the night, six people died, dozens more were wounded, and 43 students disappeared.

In Vivos, Ai Weiwei concentrates on the stories of the missing students. Their bodies have vanished. Despite all the evidence, some family members hope their loved ones are still alive. All of them want answers, demanding to know what happened and who is responsible, and wondering why more is not being done to uncover the truth. It's heartbreaking, especially as, from the onlookers' perspective, their hope seems misplaced and their search for justice forlorn. The emotional damage to these impoverished peasants living in remote communities is neverending.

Ai Weiwei interviews family members and surviving classmates, as well as human rights activists and international investigators. The story is not an isolated case, as over 40,000 Mexicans had officially gone missing as of 2018. The default, as was the case here, is to blame the drug cartels. But Ai Weiwei demonstrates that the problem is much more complicated, penetrating deep into the heart of politics. At one stage, the film illustrates how American foreign policy is contributing to the problems in Mexico. The official police story is that the missing were quickly taken from them by drug cartels, who disintegrated the bodies. As an investigator points out, what could the police possibly have done that was so bad that they thought that admitting to a deal with the drug cartels would be better?

By looking at the story through the eyes of the families, Vivos' heightened impact comes from concentrating on the emotional side of the event. It's more interested in the lives of the mourning than it is in the political shenanigans. The film follows on from the exhibition Resetting Memories, which Ai Weiwei put on at the MUAC Museum in Mexico City in April 2019 and which featured Lego portraits of the Ayotzinapa students. Sadly, this brilliantly told story is all too real, and the systemic abuses it highlights are a global problem.

Vivos is a German-Mexican co-production. It is a FART Foundation presentation of an Ai Weiwei production, and the associate producers were No Ficción, Daniela Alatorre and Elena Forte. 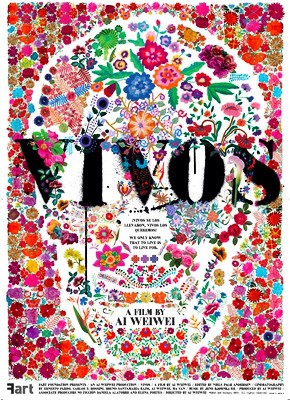 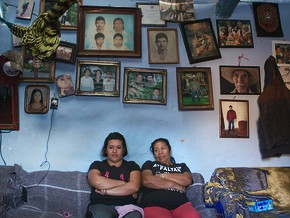 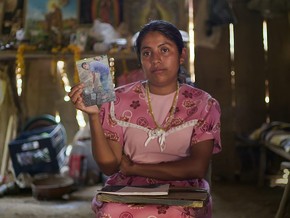