Already celebrated through its recent Audience Award win at the DocPoint Helsinki Documentary Film Festival, where it world-premiered at the end of January, Susani Mahadura’s Kelet [+see also:
trailer
interview: Susani Mahadura
film profile] is a tiny little movie with a big heart and a whole lot of sparkle. That’s not to say it’s all about some eye-catching attire (though the frocks surely don’t disappoint), as its titular heroine, born in Finland and raised in Manchester, certainly keeps her shapely head high even though it doesn’t always come easy. Kelet is a black, transgender woman dreaming of a modelling career – and some people just don’t seem to like it.

Mahadura, a journalist and radio personality, certainly shows a different, darker side of Finland, composed not of those cosy Moomin cafés, but places to be avoided at all costs and drunken insults shouted out on the street. She doesn’t have time to go for an in-depth social observation here – not with this running time, clocking in at just under one hour – but there is no need for it either, as it’s really all about this one, individual experience: the experience of someone who, despite all the nastiness, still refuses to settle for flats or the position of a victim. Although Kelet has more than a few reasons to vent angrily, especially after her own family decides to completely reject her after she comes out, she just, well, doesn’t. She opts for working the catwalk or perfecting her new routine with similarly glammed-up friends instead, as people can be small-minded but the vogue ball must go on.

With peeks into the local ballroom culture, fun but so white it might as well be the Oscars, it’s an involving, dynamic watch. A bit of an Iman lookalike, Kelet is a true stunner – it’s a wonder that when she passes, each one she passes doesn’t go, “A-a-h!”, to quote a certain bossa nova song. And yet there are no takers, with agencies claiming they have “enough black models, but thank you” and potential employers going cold as soon as they discover that she was born a man.

Even so, Mahadura’s debut manages to be quite touching without ever yielding to self-pity, however understandable that swerve could have been. For all this hardship, it’s actually frequently hilarious, with the kind of banter and shade-throwing that Pose viewers tune in for religiously. Speaking of which – just give these women their own TV show. Now.

Cineuropa chatted to Susani Mahadura, the director of Kelet, crowned as the winner of the Audience Award at the Helsinki-based DocPoint festival 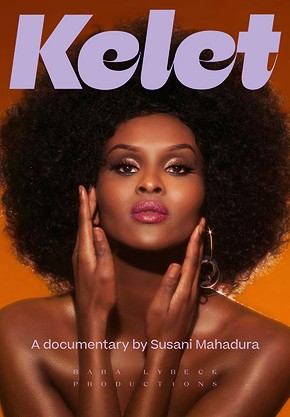