05/02/2020 - From her hospital bed, Belgian filmmaker Marion Hänsel creates an intimate portrait of the cities, events and people that have shaped her life

Belgian filmmaker Marion Hänsel was the subject of a retrospective at this year’s International Film Festival Rotterdam. She arrived at the gathering with a new documentary, There Was a Little Ship [+see also:
trailer
interview: Marion Hänsel
film profile], under her arm. It screened as an international premiere in the Deep Focus section of the Dutch festival.

The film is a poetic essay with a diary-like quality. Hänsel narrates details of her life over a mix of personal images, new footage and archive material. It concentrates on personal anecdotes and relationships with friends, family and lovers, with hardly any mention of her work, either as a struggling actress or as a noted director. It's the story of her life and loves. In any case, Hänsel's oeuvre is covered marvellously in Caroline D'Hondt's documentary Par-delà les nuages: le cinéma de Marion Hänsel, which also screened at the festival.

Hänsel is no stranger to using her personal life in her works. Her film Clouds, Letter to My Son contained musings that she had written to her child until he turned 18. But in that movie, the intimate letters were written out by different actresses in different languages: Catherine Deneuve in French, Charlotte Rampling in English, Barbara Auer in German and Antje De Boeck in Dutch. There is something more lyrical and provocative in hearing Hänsel speak her own words, even if we only see her arms on screen. This documentary essay is more personal and more affectionate, and is told in the knowledge that Hansel almost wasn't around to tell the tale.

She was hospitalised for two months, diagnosed with a streptococcal infection. She had open-heart surgery, and the doctors inserted a stent. It was while she was in hospital that she conceived an idea to make this autobiographical essay film. The documentary takes us on a tour from her birthplace in Marseille to her time spent growing up in Antwerp, attending art school in England, going on an acting mission in New York and Paris before settling down, almost by accident, into a career as a director.

What's interesting about many of the relationships that she talks about is how many of them end abruptly. There is happiness and then sorrow. But she never seems to wallow too sentimentally. Hänsel always leaves us wanting more, whether she's talking about her grandfather, her elder sister or her lovers. It's intriguing how she doesn't let the work define her. She mentions that she was an aspiring actress in order to talk about an episode in New York when she went for a casting session, only to be met by a man who soon started taking his clothes off. She mentions that she had a film at Cannes, merely by way of a story about her son going missing in Lyon. Not that life was much more comfortable for an actress in Paris at the time. In between the memories, the film keeps returning to the hospital. Her words are given added resonance and power by the constant reminders of the fragility of life. It's a documentary that is a perfect introduction to the oft-overlooked works of Hänsel.

There Was a Little Ship was produced by Belgium’s Man’s Films Productions, and was co-produced by RTBF and ZDF/ARTE.

more about: There Was a Little Ship

Interview: Marion Hänsel • Director of There Was a Little Ship

“Five years ago, when I had this heart surgery, all these memories came flooding back to me”

We spoke to Belgian filmmaker Marion Hänsel at IFFR, where she was the subject of a Deep Focus and presented her new film, There Was a Little Ship

BERLINALE 2020: German artist Ulrike Ottinger takes us back to the Paris of the 1960s in this wonderful reminiscence of her formative years as an artist

From her hospital bed, Belgian filmmaker Marion Hänsel creates an intimate portrait of the cities, events and people that have shaped her life 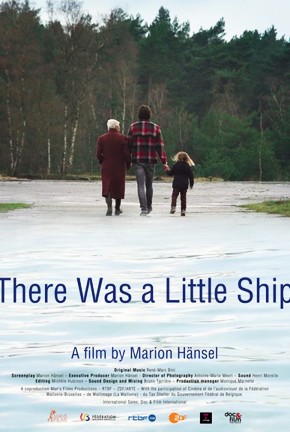 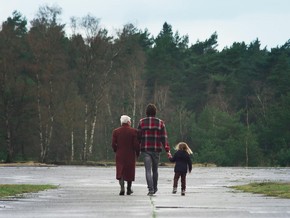 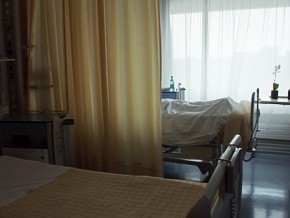