20/02/2020 - Polo Menárguez brings to the big screen all of the tension, scathing humour and harsh criticism from the stage play on which his first feature, starring Raúl Arévalo and Antonio de la Torre, is based

The now-defunct Pensión de las Pulgas was one of the most fascinating gems tucked away in Madrid’s Barrio de las Letras, or Literary Quarter. On the ground floor of a very traditional building that was more than 100 years old, which was the abode of legendary cabaret singer Consuelo Portela (aka La Bella Chelito), there was a theatre space that also served as an authentic Spanish dwelling, with its traditional hallways, old furniture and lounge suites. And as soon as the spectators (albeit only a small handful of them, given the dimensions of the place) entered, they felt like they were part of the show, thanks to the absence of a stage and the proximity of the actors and actresses, whom they could just reach out and touch. Among the myriad avant-garde, alternative and risqué plays that were put on there, one of the most high-profile was The Plan [+see also:
trailer
interview: Polo Menárguez
film profile], written and directed by Ignasi Vidal, which has been adapted into a film – with the same title – by first-time fiction filmmaker Polo Menárguez.

For the movie, the Madrilenian director has transferred the actors to a modern flat with a balcony, located in a working-class neighbourhood similar to Usera, Tetuán or Carabanchel. It was there that he placed his sole three thesps: Antonio de la Torre, Raúl Arévalo and Chema del Barco, who reprises the same role (that of Ramón) that he played for years in the Pensión de las Pulgas as well as, later on, in the Pavón Kamikaze Theatre, run by Miguel del Arco (The Furies [+see also:
film review
trailer
film profile]). And while watching the film, the audience – almost exactly like the viewers in those tight theatre spaces mentioned above – feels equally close to the characters, not only because of the intimacy of the surroundings where it was shot, but also because of the psychological similarities, social habits and behavioural customs that he or she will easily come to recognise in the trio of protagonists.

These unemployed friends meet up one morning to take decisive action because, as the title of the movie suggests, they have a plan. What happens next serves as a confirmation that oftentimes, we make plans that, for a multitude of reasons, do not come to fruition. A sense of disappointment, frustration and the sheer ineffectiveness of planning out our lives start to hang over our antiheroes, who are basically a bunch of textbook losers. Thanks to the nimble, straightforward and effective dialogue, we can easily empathise with Paco, Ramón and Andrade, who, with subtlety and without ever labouring the point, gradually begin to lay bare their wounded souls, as we see the action unfold in real time. And the gaping holes in their lives, as well as their fears and their misfortunes, then begin to surface…

Initially, the get-together is amusing enough, with the odd joke flying around the place, and the meetup gives off that whiff of manly camaraderie that is so appealing about Tarantino’s brand of cinema, for example. Everything chugs along nicely, the focus shifts from one man to the next, and the – seemingly domestic and everyday – conflicts do likewise… But it all leads up to a finale that will make your blood run cold. And that’s where the big twist happens in The Plan, bringing to the fore its critique of toxic masculinity, violence (be it restrained or not) and a society that has spent far too long adding gunpowder to a bomb that is one day bound to explode in our own hands.

The Plan is a Capitán Araña production, which secured backing from the ICAA. Its distribution in Spain (where it is released tomorrow, 21 February) and its international sales are handled by Filmax.

more about: The Plan

"There are some very dangerous ways of understanding masculinity"

With his feature debut, The Plan, which is released today in Spanish cinemas, Polo Menárguez has brought Ignasi Vidal’s successful stage play of the same name to the big screen

Polo Menárguez brings to the big screen all of the tension, scathing humour and harsh criticism from the stage play on which his first feature, starring Raúl Arévalo and Antonio de la Torre, is based 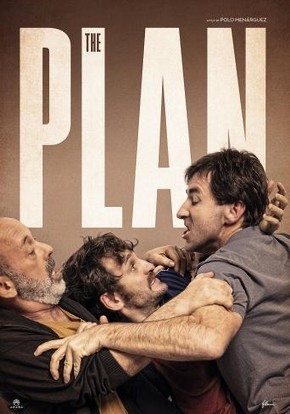 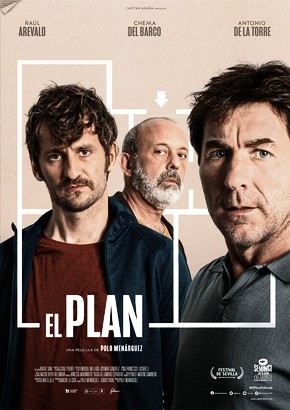 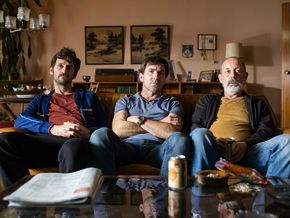 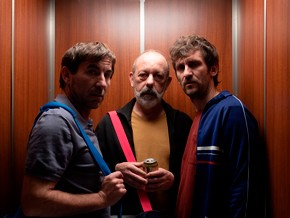 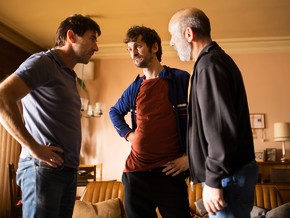