25/02/2020 - BERLINALE 2020: Alexander Kluge and Khavn co-direct a rock opera on consumer societies and the rise of xenophobia in Europe, reinterpreting the myth of Orpheus and Eurydice

The new cinematic duo composed of German author Alexander Kluge and the prolific Philippine artist Khavn (De la Cruz) have presented their first jointly-directed film Orphea [+see also:
trailer
film profile] in the Encounters competition of the 70th Berlin Film Festival. This artistic partnership was the product of Khavn participating in Kluge’s previous film Happy Lamento [+see also:
trailer
interview: Alexander Kluge
film profile] as a co-screenwriter and composer. After this initial meeting, both filmmakers decided to write and direct a film with two pairs of hands, and the result is Orphea: an explosive rock opera which reinterprets the myth of Orpheus and Eurydice in a socio-political, modern and gender-conscious manner.

The first subversive act which Kluge and Khavn carry out in Orphea is to change the genders of the Greek-Latin heroes so as to modify the outcome of the myth. Both filmmakers insist that if Orpheus had been a woman, she wouldn’t have been so weak and impatient as to abandon her mission at the last minute. According to the authors, a female version of Orpheus wouldn’t have felt the need to glance back at the person she loves, and as such, would have succeeded in saving her dead lover from the underworld. Lilith Stangenberg (known for her leading role in Wild [+see also:
trailer
film profile] and her non-protagonist role in I Was at Home, but… [+see also:
film review
trailer
interview: Angela Schanelec
film profile]) lends her face to the newly named Orphea, while the male version of Eurydice, known as Euridiko, is played by Ian Madrigal.

Given that this is the myth of a music lover who is able to tame creatures of the underworld and win the hearts of the gods with his beautiful lyre playing, Kluge and Khavn have approached the story as if it were a musical. As such, rock songs accompany several episodes taken from Ovid’s Metamorphoses, such as the snakebite which kills Eurydice, Orpheus’ descent into the underworld (the latter embodied by the chaotic and dangerous city of Manila), his long journey along the Lethe River or the moment when he sends the formidable Cerberus to sleep by playing his instrument.

But Orphea is more than a mere transformation of a mythological plot into a rock opera. Kluge and Khavn take hold of the myth and immerse it into the avant-garde punk style which they’ve been working on since Happy Lamento, allowing themselves provocative creative license. In her new form, Orphea doesn’t only look to bring her own husband back to life. The protagonist – now the daughter of Apollo and Nosferatu – is starting a revolution from somewhere in central Europe, aimed at bringing back to life all the dead. This aura of supernatural terror brings the action forward to the current day, transporting us to Silicon Valley: the place where real investigations into the afterlife have actually been carried out. Ultimately, the modern-day section of the film transforms the work into a satire on consumer society and the rise of xenophobia in Europe. Indeed, Orphea reflects upon immigration and the closing of borders through the reinterpretation of Greek-Latin mythology. Kluge and Khavn warn us that Trojan Aeneas wouldn’t have been able to found Rome if immigrants were no longer welcome.

Orphea is produced by Kairos and Rapid Eye Movies. The German firm is also in charge of the title’s international sales.

BERLINALE 2020: Alexander Kluge and Khavn co-direct a rock opera on consumer societies and the rise of xenophobia in Europe, reinterpreting the myth of Orpheus and Eurydice 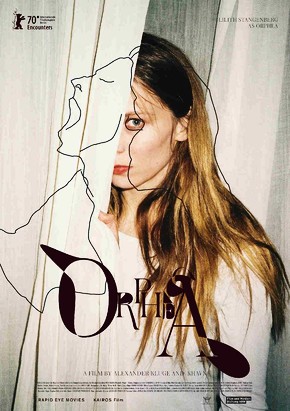