20/02/2020 - BERLINALE 2020: Philippe Falardeau's Margaret Qualley- and Sigourney Weaver-starrer is a disappointing and bland start to the 70th edition of the Berlin Film Festival

Margaret Qualley in My Salinger Year

Philippe Falardeau's My Salinger Year [+see also:
trailer
film profile], the first film of the new Berlinale regime (screening in the Berlinale Special strand), under the aegis of festival directors Mariette Rissenbeek and Carlo Chatrian, is not a good start. Chatrian, who forged such a strong reputation for finding edgy and provocative fare when overseeing the Locarno Film Festival, has selected a feature that is almost as bland as last year's opener, Lone Scherfig's The Kindness of Strangers [+see also:
film review
trailer
interview: Lone Scherfig
film profile].

Based on the 2014 memoir by Joanna Rakoff, about her year working at one of New York's oldest literary agencies, the movie adaptation is a textbook example of white privilege in action, which in this instance is a condemnation, rather than a recommendation. Where to start with the character of Rakoff, as essayed by Margaret Qualley? She's the type of young twenty-something who can decide on a whim to quit her studies at Berkeley in spite of all the associated costs involved, without the story being about her parents throwing a fit. She moves to New York City, sleeping on a friend's sofa. A recruitment consultant sets her up with a job at a literary agent because she recognises that in 1995, just as it is today, being from the right demographic is going to open doors. She walks past African Americans on the streets to hang with her wealthy pals at the Panama Cafe, which she's soon frequenting with her new boyfriend, Don (Douglas Booth), who works in a socialist bookstore, likes Norman Mailer and boxing, and is writing a book. She doesn't interact with anyone who isn't a middle-class, educated slacker.

At one point, Joanna complains about being broke but then, for countless scenes afterwards, turns up in shirts and tops that look more expensive than the $560 rent that she and Don pay when they move in with each other. Oh, and she doesn't even have the decency to write to her college boyfriend Karl that they are no longer an item and she's cohabiting. Karl turns up later, and because this is made in 2020 and not 1996, he is played by the swarthy Hamza Haq. The colour-blind casting would have worked much better if the filmmakers had at least given Karl some sort of personality, but he is in awe of her. Yes, she's on the right side of politics when it comes to female rights, but in words only, as the film has no interest in showing the systematic abuses suffered by women at work. The movie celebrates white privilege while trying to disguise itself as a progressive, feminist tale.

But as the title suggests, this is a film that celebrates difficult, rich, white men. It turns out that her boss, Margaret (Sigourney Weaver), represents JD Salinger, or Jerry to those at the agency, which also represents Agatha Christie, Dylan Thomas and F Scott Fitzgerald. Jerry calls our leading lady Suzanna, but that doesn't matter because he's an American icon, and they can act however and be whatever they want. He doesn't read fan mail, and one of her jobs is to read these missives and then shred them, the agency being careful to make sure there is nothing too weird in them after Mark David Chapman shot John Lennon dead, claiming he was mostly Holden Caulfield and partly the devil. But don't worry if you haven't read Catcher in the Rye, because Joanna hasn't either.

Down a phone line, Jerry becomes a mentor to Suzanna/Joanna, which will eventually give her the courage to try her hand at writing. One of the film's overt messages is that if you spend all your time writing, and forsake parties and friends, then you too can make it. The unintentional subtext is that it only happens if you're rich and white enough.

My Salinger Year is a Canadian-Irish co-production staged by Micro_scope and Parallel Films. Memento Films International handles the international sales.

more about: My Salinger Year

The TV series by Italy’s Mauro Aragoni, paying tribute to spaghetti westerns and starring Dominic Cooper, will enjoy its world premiere in spring 2022

It’s February in June for Memento at Cannes Online

The French sales agent’s line-up includes the new film by Kamen Kalev, endowed with the Official Selection label, and the forthcoming titles by Leah Purcell, Hany Abu-Assad and Asghar Farhadi

BERLINALE 2020: Philippe Falardeau's Margaret Qualley- and Sigourney Weaver-starrer is a disappointing and bland start to the 70th edition of the Berlin Film Festival

Shining bright on the French sales agent’s Berlinale line-up are My Salinger Year as the festival’s opening film and Persian Lessons as a gala screening, as well as the upcoming Asghar Farhadi movie 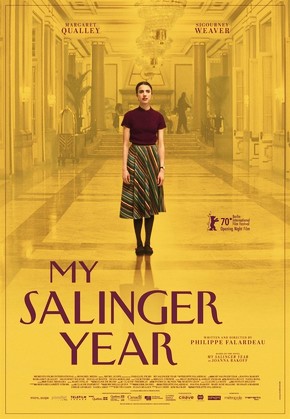 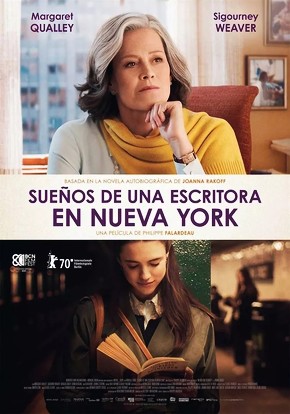 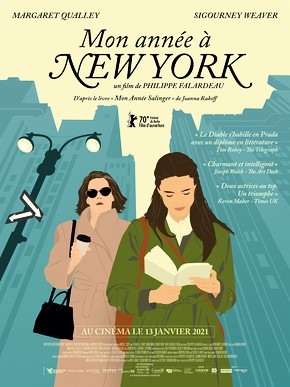 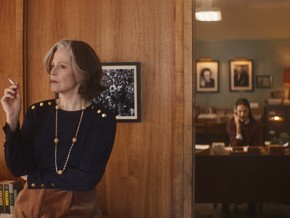 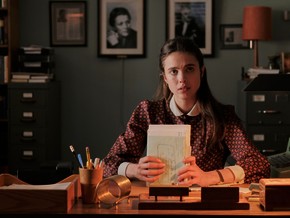 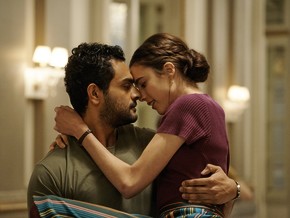 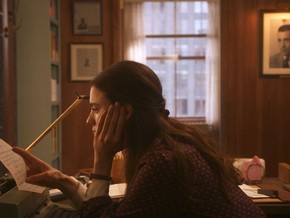