21/02/2020 - BERLINALE 2020: Cristi Puiu opens the Berlinale's new competitive section Encounters with what might be his least accessible and most cerebral film

While Solovyev's Three Conversations sees a group of elite Russians spending their Christmas holidays in a villa on the French riviera, Puiu puts them in a snow-bound manor in an undefined location, some time in the late 19th century. Split into six chapters, each one named after one of the six key characters, the film takes the form of a series of discussions on war, religion, death, love, and all aspects of morality. The conversations are naturally all in French, as was common in Russian high society at the time.

The owner of the house, Nikolai (Frédéric Schulz-Richard) is, by title and prerogative, the composed moderator of sorts for these discussions with four other key protagonists. While Solovyev's group consisted exclusively of male characters, Puiu has decided to introduce three women.

In the first chapter, the elderly Ingrida (Diana Sakalauskaité) offers her praise of the Russian "heroic Orthodox" army and its conquests. Her downright militant attitude is opposed by a younger woman, Olga (Marina Palii), who firmly maintains that killing a person can never be good, under no circumstances. By the end of the ultimately excruciating, though often thought-provoking debates (for those who manage to maintain their focus), Edouard (Ugo Broussot) will emerge as the relativist supremacist who divides the world into categories, between the civilized ("us Franco-Russians" and other big European nations) and the savage (the rest of the world, but also backwards part of the continent, namely "Herzegovinians"). In the shadows of these more outspoken philosophers hides the middle-aged Madeleine (Agathe Bosch) who occasionally chimes in with sobering, rational and sometimes scathing arguments that put the others to shame — though they try not to show it.

The film also features side characters, such as the bed-ridden colonel and a head servant, István (István Téglás), whose deliberately formal actions such as carrying trays from room to room give the viewer some respite from the film’s neverending dialogues. The colonel and István speak Hungarian, while Nikolai addresses them in German — a quick Google search reveals that "Malmkrog" is the German name for the Transylvanian village of Malancrav.

Technically, the film is a feat of flawless set design and mise-en-scene, with Puiu finding ways to make what is essentially a static set-up as dynamic as possible. The actors are almost unbelievable in their delivery of 19th century dialogue, and some of Tudor Panduru's long takes are even playful. In a couple of scenes where the protagonists are seen standing in a room and talking, the camera sometimes follows a character moving towards the edge of the shot, only to jerk back to the one who is speaking in the moment. There is also, halfway through the film, an extremely surprising and violent scene that is never addressed or explained, and which does not seem to figure in the plot in any way — though it might be foreshadowing what will happen to the characters some 20 years later... 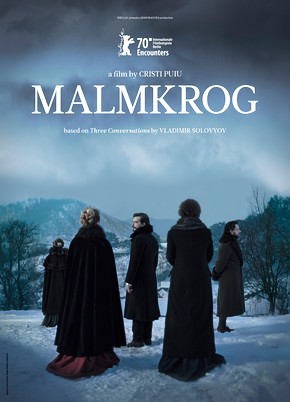 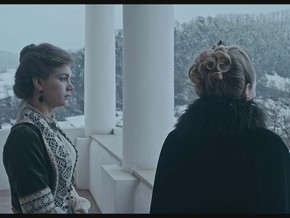 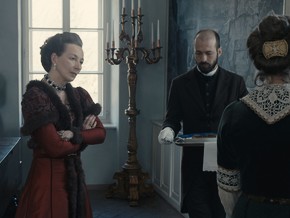 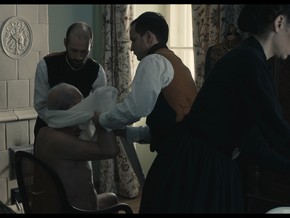 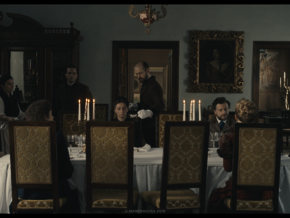