Elio Germano in Hidden Away

What can cinema possibly have to say about art that it hasn’t already said? With Hidden Away [+see also:
trailer
interview: Giorgio Diritti
film profile], currently in Competition at the Berlin International Film Festival, the sophisticated and ever-surprising director Giorgio Diritti has accepted this challenge and ultimately seems to have come out on top. The biopic on the Naïve painter and sculptor Antonio Ligabue boasts an emotive and dramatic tension which is fully channelled into the terrific performance delivered by Elio Germano, the most versatile Italian actor of the new generation (we need only remember the award he won in Cannes 2010 for Our Life [+see also:
film review
trailer
making of
film profile]). The photography offered up by Matteo Cocco (who made his debut working with Philip Gröning on The Police Officer’s Wife [+see also:
film review
trailer
interview: Philip Gröning
film profile], which scooped a prize in Venice 2013) is resplendent, alive with the crackling, blazing colours favoured by the artist, who was born in December 1899 to a young Friuli emigrant in Zurich, only to be abandoned in an orphanage a few days later.

Giorgio Diritti immediately plunges the viewer into the labyrinth of a mental illness with no escape; an unfathomable level of suffering which leaves Ligabue susceptible, as a child and a teen (Leonardo Carrozzo and Oliver Ewy), to outbreaks of violence and rebelliousness and, later, to isolation and stigma. There’s nothing new in this respect; it would be impossible to count the number of directors having explored the relationship between artists and schizophrenia, the co-existence of genius and madness. Ligabue - who would lose himself in dance, mimicking animals and letting out calls and cries, smearing himself in the colours he worked with - is in excellent company, including the likes of Van Gogh and Bacon, not to mention Basquiat. What’s interesting in Hidden Away, however, isn’t only the way this madness develops, as if it were an alternative dimension of life in juxtaposition to that which we believe to be “normal”, but also the relationship Ligabue enjoys with the community around him, and the way in which he protects himself from the emotions and stimuli of the outside world, which leads the painter to make surprising and original connections, affirmed through colour and clay, by way of a new expressive language; a language considered to be scandalous and strange at the time. In the film, we really get a feel for how this man – considered to be ”slow on the uptake, uncontainable and immoral”, and who was expelled from Switzerland, committed to mental institutions on various occasions and reduced to living as a savage in the woods of the River Po – ultimately used his art as a form of therapy.

The affinity Ligabue felt with animals was absolute: as he depicts them, he imitates the sounds and movements of tigers, lions, wolves, oxen, serpents, spiders, deer, eagles and bulls. His friends are the select few who understand his profound humanity, and his love-hate relationship with his adoptive mother Elise will lead him to watch and lust after women, but from a distance. Diritti shows Ligabue secretly wearing women’s clothes, hoping to get an idea of their female form, and the kiss he never does give to his beloved Cesarina (Teresa Manfredini) is heart-breaking. Ligabue’s genius is recognised thanks to an encounter with the sculptor Renato Marino Mazzacurati (Pietro Traldi). And just like the real-life Ligabue, Diritti’s protagonist is a master who’s only too aware of his own talent - “I’m an artist; what are you?”, he often asks – but who’s also incapable of managing the practical and financial aspects of his life. He spends everything he earns on vintage cars and motorbikes and on expensive clothes, and he gives generously to those who ask him for money.

Eventually, cinema bursts onto the scene in self-referential style, in the form of the documentary shot by the journalist and director Raffaele Andreassi (Mario Perrotta) in the early sixties, which Diritti lingers over. Ligabue’s eyes, which spy upon the hostile world from beneath the hood pulled over his head in the film’s first opening sequence, aren’t only those of the artist born in the 19th century; they’re also those of the film director, who breaks down the barriers between painting, photography, film and contemporary visual communication, and establishes a direct relationship between authors who feed off one another in an infinite field of exchange. Thus, cinema and painting are brought back together in their historic function as vehicles for the symbolic translation of the different ways we see the world.

Hidden Away is produced by Palomar in league with Rai Cinema. The film enjoys the support of the Emilia-Romagna Region, in association with Coop Alleanza 3.0, Demetra Formazione SRL and Finregg SPA. International sales are in the hands of Rai Com, while the film is set to be released in Italian cinemas on 27 February via 01 Distribution.

more about: Hidden Away

BERLINALE 2020: Cineuropa met up with Giorgio Diritti to discuss Hidden Away, his biopic on 20th-century Italian artist Antonio Ligabue

The South Tyrolean body is supporting 13 projects, including 11 Italian works, one from Germany and another from Austria, with approximately 154 days of shooting planned on Italian soil

Cinemas in Italy are open from today, but with which films remains uncertain. Many European countries are still in doubt, while France and the UK are looking at 17 May for reopening 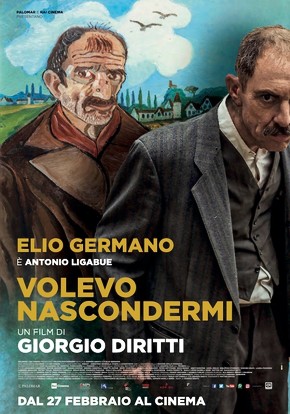 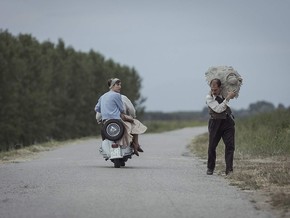 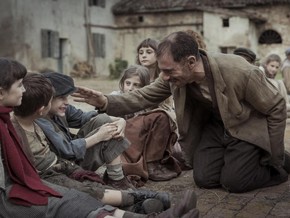 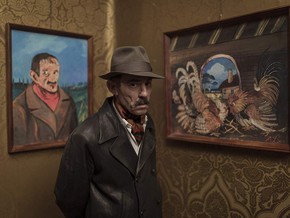 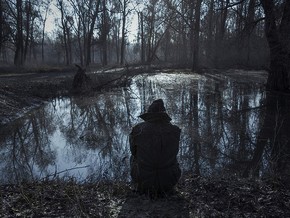 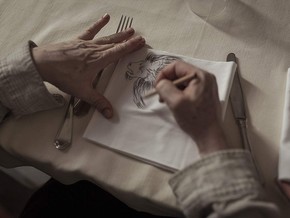