Unlike his previous film and its predecessor, The Trap [+see also:
trailer
film profile], both of which dealt with complex moral dilemmas, Golubović's latest effort, inspired by a true story and co-penned by Croatian screenwriter Ognjen Sviličić (The Voice [+see also:
film review
trailer
interview: Ognjen Sviličić
film profile], These Are the Rules [+see also:
trailer
film profile]), is a straightforward social saga that turns into an on-foot road movie before going back to its Ken Loachian anger at the heartless system which tramples all over the simple, ordinary man.

The picture opens on a hyper-intense note. A woman comes into the yard of a factory with her two children and a bottle of petrol, threatening to set herself and the kids on fire if her husband doesn't get paid his two years of salary and a severance package after he was let go. And she proceeds to do so, managing to burn the right side of her body before workers in the yard jump on her and extinguish the fire with blankets.

This is Biljana (Nada Šargin, impressive in each of the three short sequences she appears in during the film), the wife of Nikola (one of the busiest Croatian actors, Goran Bogdan), who rushes back from his daily-wage job of cutting down trees in the forest when he is informed about what has happened. After briefly talking to the police, he faces the three-member social services commission, led by the corrupt, arrogant head Vasiljević (Boris Isaković). They inform him that his children will be sent to a foster home, as he is deemed unfit to take care of them, having no electricity nor running water in the house since they have not been able to pay the bills.

Initially, Nikola is confused and in disbelief, but as reality hits home, he decides to appeal straight to the national social ministry in Belgrade. He will walk the 300 km from his village in south-western Serbia, “to show them that he cares”. With a blanket, a plastic bottle of water, a loaf of bread and a hunk of bacon in his backpack, he starts his five-day odyssey to the capital city.

Through Nikola's eyes on this voyage, we see the results of a succession of bad governments that the country has been through in the last 20 years: roads riddled with potholes, deserted factories and petrol stations, decrepit country houses and small-town residential buildings... Each of the several episodes in which he encounters both kind-hearted and not-so-palatable characters, including a moment when he ends up in hospital after having passed out by the side of the road, serves to complete a picture of a society in which the system in place only serves those who are privileged and in power, with the little, ordinary man left to lead an unwinnable fight for his basic human rights.

Not that Nikola is a social justice warrior of any kind: he just wants his kids back. As played by Bogdan with an extremely high naturalistic intensity, he is a man of few words, whose eyes and subtle facial expressions tell us everything we need to know about his nature and state of mind. Consequently, given the way Golubović and Sviličić devised the screenplay, anger and outrage are left entirely for the audience to feel.

Working with DoP Aleksandar Ilić, editor Petar Marković, production designer Goran Joksimović and composer Mario Schneider, the director has made an intense and powerful social drama in the first and third act, while the middle, walking part often has a hallucinatory quality, convincingly portraying both the hero's exhaustion and steely resolve.

BERLINALE 2020: We talked to Srdan Golubović, whose latest film, Father, world-premiered in Panorama, where it won the Prize of the Ecumenical Jury and the Audience Award

BERLINALE 2020: Father and Welcome to Chechnya got the Audience Awards in the Panorama section, while Digger received the CICAE Art Cinema Award 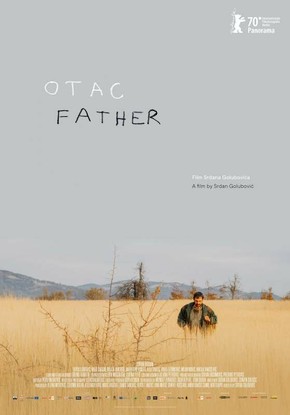 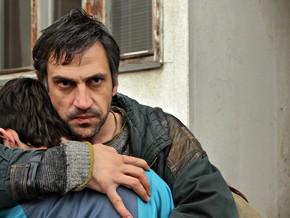 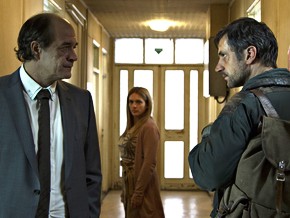 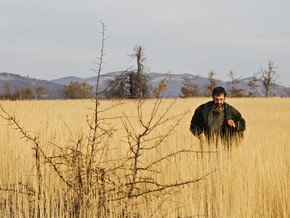