24/02/2020 - BERLINALE 2020: David Zamagni and Nadia Ranocchi’s new work is a dazzlingly original and surprising revisiting of the Twelve Labours of Hercules

The second feature film by the duo composed of David Zamagni and Nadia Ranocchi, intitled Zeus Machine. The invincible [+see also:
trailer
interview: David Zamagni and Nadia Ran…
film profile], a surprising and audaciously original work, has screened in the Forum line-up of the 70th Berlinale. In this instance, the two directors look to revisit the myth of Hercules’ Twelve Labours and have chosen to do so making playful use of the soundtrack, the camera, and the various “extras” involved in the film in order to portray a series of surreal and highly imaginative situations. Before starting work on this particular movie, the two directors had already written, produced and directed a variety of other titles, most notably their feature film debut All Inclusive (2010) and the more recent short films Phoenix, Amore brucio... (2017) and Salita all'Olimpo (2016).

Zeus Machine. The Invincible opens with a notice in Italian and English which immediately informs the audience that “an untold story on the mythical life of Hercules” is about to unfold before them, with no “links to what has previously been written about the hero” and which is composed of “a series of situations pertaining to the myth of Hercules”, or rather “twelve archaeological finds extracted from the present”.

The twelve archaeological finds in question reflect the film’s division into just as many sequences, unfailingly introduced by their respective cardinal number. Most of these sequences are set in anonymous locations of northern Italy, and environments typical of our daily lives - such as gyms, petrol stations, gravel courtyards or junkyards - become the stage for a reinterpretation of the myth of Hercules. There’s the depiction of the eighth labour, for example, (in the original myth, Hercules must steal Diomedes’ mares), where we observe the tragicomic attempts of a drunk man trying to steal a beer from a supermarket fridge; or the fifth (where Hercules must clean all of Augeas’ stables in just one day), which is set in a storehouse full of sculptures - almost exclusively of Greco-Roman origin - and which plays out to the muffled thumping of a techno track; and lastly, the third (where the hero must capture Ceryneia’s hind), during which we see a child playing the part of a matador, intent on dodging a small kart with horns driven by a boy of a similar age.

Generally speaking, the entire film abounds in interesting, creative (and frenzied) suggestions, eloquent and surreal silences, crazy characters, slapstick comedy and references or quotes which are more or less easy to grasp at first view. Zamagni and Ranocchi treat us to a wholly unusual and experimental work whose creative freedom is a breath of fresh air in the current Italian film landscape; indeed, it would be interesting to see the two directors apply their spirit and unconventional signature style to other subject areas. Overall, it’s probably a film best suited to viewers who are fans of artistic experimentation and who seek out a form of cinema which deviates substantially from the aesthetic and narrative norms the mass audience is now so accustomed to. But its overall lightness, and the humorous look it casts upon “suburban” life, might see it attract a far wider demographic.

Zeus Machine. The Invincible is produced by David Zamagni and Nadia Ronocchi on behalf of Zapruder Films, in co-production with Beatrice Bulgari of Rome-based outfit In Between Art Film and with the support of the Emilia-Romagna Film Commission.

more about: Zeus Machine. The Invincible

“We started by re-writing the Twelve Labours, adapting them to our modern-day reality and the world around us”

BERLINALE 2020: We interviewed David Zamagni and Nadia Ranocchi, the directors of the highly original reinterpretation of the myth of Hercules Zeus Machine. The Invincible, presented in Forum

BERLINALE 2020: David Zamagni and Nadia Ranocchi’s new work is a dazzlingly original and surprising revisiting of the Twelve Labours of Hercules 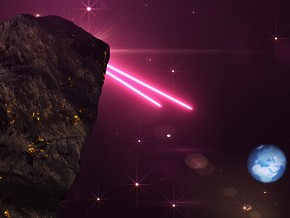 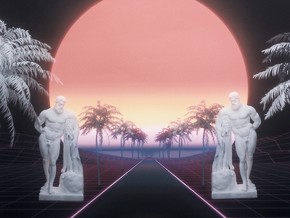 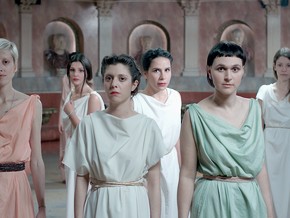 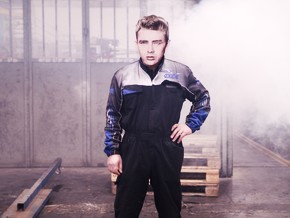 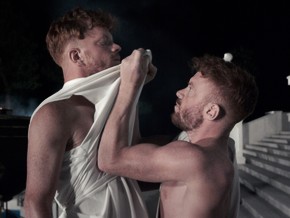 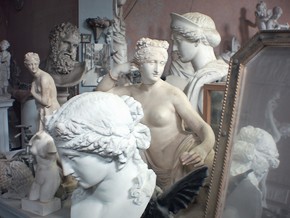 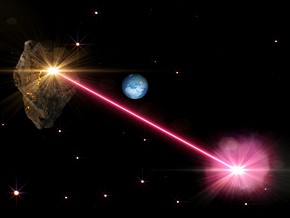 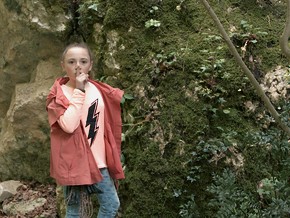 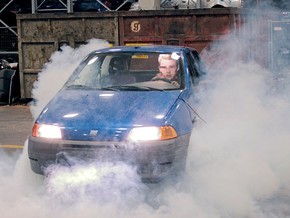 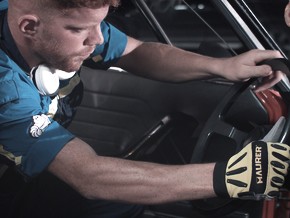