24/02/2020 - BERLINALE 2020: Javier Fernández Vázquez makes his solo feature debut with a documentary that lifts the lid on the atrocities covered up by Spain during its colonial rule in Equatorial Guinea

A Storm Was Coming [+see also:
trailer
interview: Javier Fernández Vázquez
film profile] – which has world-premiered in the Forum section of the 70th Berlinale – is one of the most daring and courageous cinematic propositions of this film season in Spain. The movie represents the leap to feature-length filmmaking (as a solo director) by Javier Fernández Vázquez, who is a member of the Los Hijos collective together with Natalia Marín Sancho and Luis López Carrasco. Fittingly, it is with the latest work by the latter helmer, The Year of the Discovery [+see also:
film review
trailer
film profile] (presented at the 2020 International Film Festival Rotterdam), that A Storm Was Coming shares this fierce bravery, as they both question Spain’s official history, which has been almost unanimously accepted.

While López Carrasco calls into question a moment of strength, self-glorification and prosperity, wherein lurked hidden social problems that can still be felt in the region of Murcia, Fernández Vázquez goes right back to the Spanish colonial period, when the Madrid government ruled Equatorial Guinea. At that time, with the Church’s blessing, crimes were committed against humanity and human-rights violations were commonplace, with the official version of the facts embellishing and even hushing up these events. Its aim is therefore to give a voice to those who suffered such horrific treatment in order to shed light on an age that was not nearly as golden as the authorities would have us believe.

And so, voices (as was the case in The Year of Discovery) are used as political instruments in A Storm Was Coming, both the official voice – as recreated through the reading out of state documents in a Madrilenian recording studio – and that of the Guineans who knew, or are descendants of, the victims of that tyranny. Likewise, the filmmaker uses original drawings, writings and photographs to illustrate the passage of time and the decline of memory: there’s nothing more symbolic than his use of overexposure or visual deterioration to illustrate the sheer difficulty of finding out the absolute truth and the inevitable existence of information gaps. In addition, the Bilbao-born director went with his crew to visit the places in Africa where the events being condemned here took place, and he manages to conjure up memories of them in a way that teeters between the poetic and the sensitive while, of course, still demanding historical justice.

All of this helps to shape the outline of a documentary that combines the aforementioned political militancy with considerable audiovisual experimentation and anthropological research; it’s a film that shies away from a conventional narrative in order to explore new ways of recounting history.

A Storm Was Coming is a production by Javier Fernández Vázquez, which boasted support from the Spanish Cultural Centre in Malabo, the Madrid City Council, the Open-Ecam programme of the Community of Madrid Film and Audiovisual School and the Progressio platform. It was also backed by the Matadero Madrid Film Archive, ICA London/Frames of Representation and the Sundance Institute.

more about: A Storm Was Coming

Interview: Javier Fernández Vázquez • Director of A Storm Was Coming

“For me, film direction is a political thing”

BERLINALE 2020: Javier Fernández Vázquez makes his solo feature debut with a documentary that lifts the lid on the atrocities covered up by Spain during its colonial rule in Equatorial Guinea 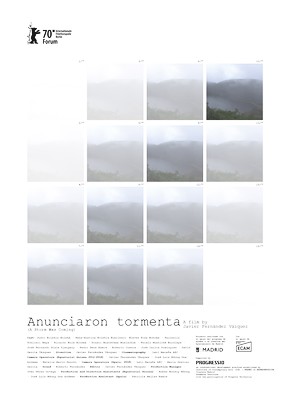 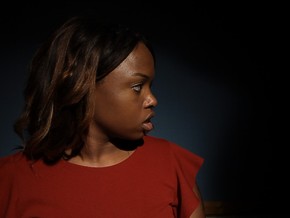 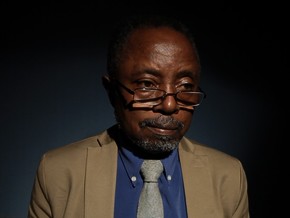 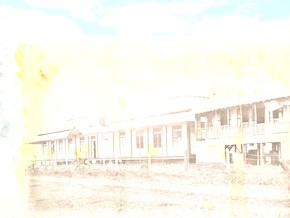