25/02/2020 - BERLINALE 2020: For Nina Hoss’s frustrated playwright in Stéphanie Chuat and Véronique Reymond’s film, something is rotten in the state of Switzerland

Nina Hoss and Lars Eidinger in My Little Sister

Don’t believe the title – in Stéphanie Chuat and Véronique Reymond’s My Little Sister [+see also:
trailer
interview: Stéphanie Chuat and Véroniq…
film profile], taking its very first steps in the Berlinale’s main competition, the age difference between Lisa (Nina Hoss) and Sven (Lars Eidinger) is actually not that significant. They are twins, after all. They are also similarly creative, yet make entirely different life choices, as despite having collaborated in the past (on Lisa’s acclaimed play, providing her actor brother with a performance to remember), they have now gone their separate ways. Lisa is trying to squeeze in her failed attempts at writing – already kept to the bare minimum after she left Berlin for Switzerland – in between quality time with the kids and the requirements of her husband’s top-tier job. At least until Sven’s illness gets worse.

It’s a melodramatic set-up that sounds Hallmark-ish enough to make one worry, but Hoss’s performance doesn’t allow for schmaltz, and just about any family interaction shown here drips with dysfunction. Even Sven, still insisting on playing Hamlet even though the mere thought of him on the stage makes everyone catatonic, has no intention of going down without a fight – not with those wacko, blue wigs. Which is not to say that Chuat and Reymond don’t make some bemusing choices sometimes, arguably lessening the emotional impact of the story. It’s a tale that works best when stripped of any distractions and is focused on these two siblings, trying their best not to think about the unthinkable. And it certainly doesn't need that paragliding scene.

What’s interesting, however, if also a tad absurd, is that even with an illness that serious placed front and centre, My Little Sister pretty much swaps the hospital bed for Milka land – with its cow-shaped mugs, cow bells and enough photogenic snow to make everyone start to think about their next winter vacation. Everyone but Lisa, it turns out, suffocating in this dreamy landscape and in her “wife to the husband” role, with her spouse immediately striking us as a suspicious figure after he suggests “skipping the foreplay”, as well as during a thankless teaching gig. No wonder, given that she has to deal with teens pouting they are “fed up with Rilke”.

At this point, Hoss, who apparently scored the role after Christian Petzold’s Barbara [+see also:
film review
trailer
interview: Christian Petzold
film profile], could probably play quiet determination in her sleep, but there is still no denying that she is very good here, single-handedly elevating the material that every once in a while veers off in odd directions or is over-explained in clunky exchanges, especially those stiffly delivered in English. She almost makes you believe in this peculiar love story where romantic partners, even the long-term ones, disappoint or stay away, perhaps perfectly aware that as far as Lisa and Sven’s affection goes, there just ain’t no mountain high enough. Not even in Switzerland.

Written by Stéphanie Chuat and Véronique Reymond, My Little Sister was produced by Ruth Waldburger for Switzerland’s Vega Film, as well as by RTS Radio Télévision Suisse, SRG SSR and Arte Geie. Its sales are handled by Beta Cinema.

more about: My Little Sister

“We are always cleaning our friendship garden”

Despite this year's atypical situation, European countries are starting to reveal their titles submitted for the Best International Feature Film Award at the 2021 Academy Awards 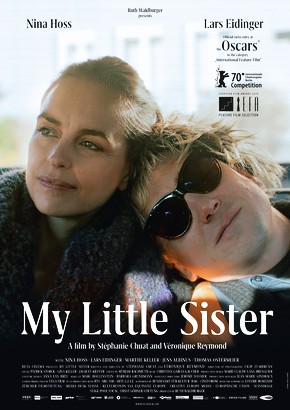 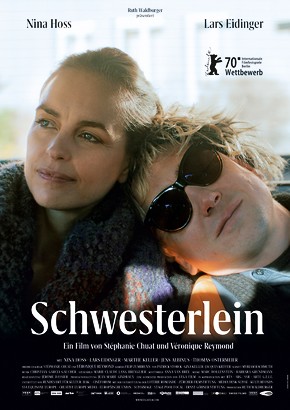