Polish director – and at this point basically living legend – Agnieszka Holland sure works quickly. Almost scarily so, as barely a year after showing Mr. Jones [+see also:
film review
trailer
interview: Agnieszka Holland
film profile] in the main competition of the Berlinale, she is already back, baby, with a new drama, Charlatan [+see also:
trailer
interview: Agnieszka Holland
film profile] – almost restoring the somewhat limping Berlinale Special Gala section to full health. It’s an imperfect, yet complex, take on the true story of 1930s Czech healer Jan Mikolášek (Ivan Trojan, whose very own son Josef Trojan takes over as his much younger self), a strong believer in the medicinal power of plants and known as the – wait for it – “oracle of urine”. If that proud title alone doesn’t make this film sound appealing, frankly what could?

Arguably a tad more conservative than most titles at the German festival, Charlatan may be modest in scale (especially compared to Holland’s previous outing, depicting the horrors of the Holodomor through a starry-ish cast) but still proves that Holland has more filmmaking knowledge in her little finger than most do in their whole, ailing bodies. She delivers an engaging narrative, anchored by the striking chemistry between Ivan Trojan and Juraj Loj, with the latter playing his assistant-turned-lover František. This chemistry ultimately proves crucial, as the period drama quietly morphs into a proper love story – complete with betrayals, emotional declarations and jealousies. And passion you actually believe in.

Mikolášek might have cured millions, it is said, as he was able to detect any health issues just by looking at a urine sample, not caring one bit about his patients’ provenance or political sympathies – yet apparently despising women who like to wear make-up. This is why Trojan’s take comes closer to Dr House suddenly deprived of his Vicodin than some old country saint. He is broken and crazily possessive, barking orders at desperate people who come from all around to see him – be it when informing a petrified butcher that he needs to stop eating meat, right away, or refusing to give further treatment as there is simply no hope, and he is a busy man, sorry. Too busy to give false hopes, it seems. But also too busy to notice that powerful friends might come in handy sometimes, although they also tend to bring some unwanted attention.

It’s a relief that for every familiar “You help everyone but yourself” statement, teasing an unwanted swerve in the “modern saviour” direction, there is really not an inch of sentimentality to this story – something that Trojan’s Mikolášek would surely be the first to appreciate, the grump. But despite his capacity to deeply humiliate people, it’s still a tale about a man driven by an almost physical need to help others, without wasting time on politeness or smiles. And although Antoni Komasa-Lazarkiewicz’s odd, screechy soundtrack drills right into one’s brain, after a while it starts to make sense as well, as here, the ability to heal people ultimately brings nothing but pain.

“Love can be stronger than any of our weaknesses”

BERLINALE 2020: We met up with FAMU-educated Polish director Agnieszka Holland to discuss Charlatan, her film about a 1930s Czech healer

Franz Kafka biopic to be directed by Agnieszka Holland

The team behind Charlatan, which sold to multiple territories, is behind the intriguing biopic on the pioneering and enigmatic 20th-century author

While the share of Czech productions among all films watched in theatres fell compared to 2020, national movies continued to hold a strong position at the local box office in 2021

“Change is always an opportunity for innovation”

The Polish Producer on the Move breaks down her career so far and discusses what she views as the future of filmmaking, post-pandemic 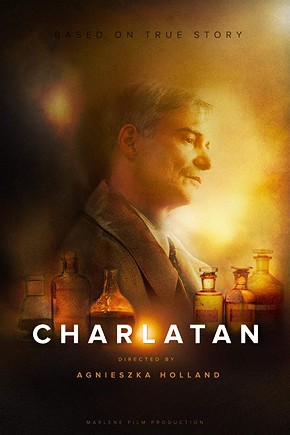 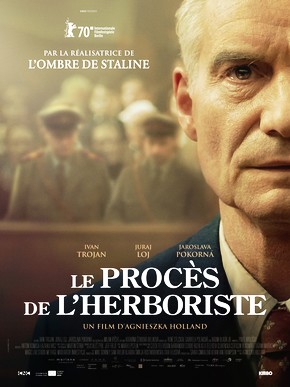 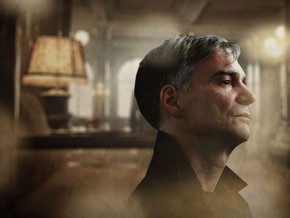 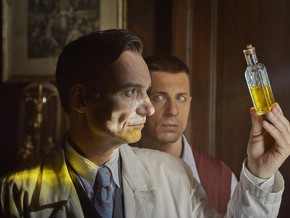