02/03/2020 - BERLINALE 2020: Swiss director Andrea Štaka tells the story of a forty-something woman who realises there is more to life than taking care of her house and her family

Mare [+see also:
trailer
interview: Andrea Staka
film profile], screening in the 70th Berlinale’s Panorama, is one of those delicate tales about solitude and a thirst for a more fulfilling emotional life which make you question whether you are happy with where you are right now. Director Andrea Štaka already discussed the importance of being in the right place in her Locarno-winning 2006 film Fräulein [+see also:
trailer
film profile], where she took a closer look at immigrants from the former Yugoslavia.

Mare (a strong performance by Marija Škaričić), on the other hand, has never travelled anywhere, even though her house is right next to the airport and she can hear the noise from the planes – a constant, roaring, humming reminder of her being permanently grounded. And invisible, too. When she goes to the toilet in the morning, she can’t even get a little privacy – her kids and husband walk in and out, not bothering to close the door. She cleans their house and cooks with the same quiet dedication, not really questioning whether she is happy with her life, until she meets a temporary worker from Poland (the boyishly charming Mateusz Kościukiewicz), who wakes Mare up from her emotional coma. From a brief dialogue, we learn that Mare met her husband at a party, where he made her laugh, and that was it: many years later, they are living in a rented house with three kids. “You belong to dad,” says her troublemaker of a teenage son, as if Mare needed a reminder why she won’t be going anywhere. Patriarchy is not a form of oppression here; it’s just a tradition that people follow without even questioning it.

For Štaka, who also wrote the film, Dubrovnik, where they all live, is not only the location where the movie is set, but is also a metaphor for the emotional whereabouts of Mare’s family. The city might be one of the most beautiful places on Earth, and a location for the fantasy show Game of Thrones, but the protagonist’s family lives in the boring outskirts, in a house that is still under construction and that doesn’t even belong to them, which they may soon vacate.

What makes this modest film stand out is its quietude – the tone and the mood are consistent with Mare’s emotional condition. There is a great chemistry between the director and her lead actress, as they perfectly nail the state in which one is not unhappy with one’s life, but is not happy either.

Mare was written and directed by Andrea Štaka, who shares a producer credit with Thomas Imbach. The production outfit involved is their Zurich-based Okofilm Productions, while the co-producer was Tena Gojić (of Croatia’s Dinaridi Film). Belgium’s Be for Films handles the worldwide sales.

"A detailed study of middle-aged family women, and how their sexuality can fit in everyday’s life"

Fiction films also won big at this year’s edition of the festival which awarded its Prix de Soleure to Mare, its new First Work prize to Of Fish and Men and its Audience Award to Beyto 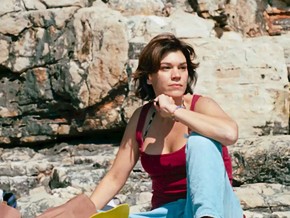