09/03/2020 - In his moving documentary, Simone Manetti commemorates Milanese artist Pippa Bacca’s final journey and, above all, her powerful message of peace

It all begins at the end in Simone Manetti’s wonderful documentary dedicated to the last journey embarked upon by the artist Pippa Bacca, which came to a tragic end in March 2008. The news reports which open the film immediately inform the viewer of the disappearance and subsequent discovery of a woman, brutally murdered in Turkey and wearing a wedding dress. But what I’m in Love with Pippa Bacca [+see also:
trailer
film profile] looks to do over the course of the next seventy minutes is to forget about this tragic epilogue in order to celebrate the life and works of this young Milanese artist. In particular, that extraordinary performance intitled “Spose in viaggio” (Travelling Brides) through which Pippa Bacca (officially Giuseppina Pasqualino di Marineo) hoped to bring a highly potent message of peace and trust to countries affected by war, but which actually ended in her death.

To travel from Milan all the way to Jerusalem by way of hitchhiking, crossing 11 countries consumed by armed conflict while dressed as a bride. This was the mission of Pippa Bacca and her artist friend Silvia Moro. Their message was intended to bring people together, celebrating life (at every stage of the journey, Pippa washed the feet of midwives she met so as to show her gratitude for the role they play in bringing children into the world) and proving that “only good can come of placing our faith in people”. In the present work, Simone Manetti, who had already authored another wonderful portrait of a woman in Goodbye Darling, I’m Off to Fight [+see also:
film review
trailer
film profile], combines previously unseen footage, recorded on the two artists’ video cameras during their travels, with interviews conducted by the director with Pippa’s four sisters and mother. It’s a wholly female tale, and what really stands out here is the eccentricity of this family (holidays spent in a van with a tent attached to the roof, trips taken on foot and via hitchhiking, the five sisters all dressed in the same way so as “to better keep an eye on them”), a background which could only ever have resulted in an eccentric personality – Pippa was also the niece of Piero Manzoni who was renowned worldwide for his famous “Artist’s Shit”.

Manetti’s documentary also features the testimony of the woman who accompanied Pippa on her adventure, Silvia Moro. She’s the one who tells us about the hard work involved, as well as the concerns and disagreements which emerged between the two artists as the days went by, especially with regard to choosing who or who not to accept lifts from. According to Bacca, to make such a choice would have undermined the entire meaning of their performance. Subsequently, the two friends realised their outlooks were too different and they parted ways in Turkey. Shortly afterwards, Pippa accepted a lift from the wrong person and disappeared. The performance lasted 23 days in all.

“You win if you live. And Pippa is a winner”, the artist’s mother concludes, remembering her daughter’s journey with joy, because at the end of the day, she lived her life in line with her beliefs. But we’re all free to make our own minds up, and the director, for his part, doesn’t pass judgement; above all, he avoids the morbid subject of Pippa’s murderer (who is currently serving out his sentence), choosing to allow him no space. The film’s intent is to bring this story back to life in order to keep its message alive. The power of art is huge, and by the end of the screening we’re all a little bit in love with Pippa Bacca.

I’m in Love with Pippa Bacca is produced by Nacne and A+E Network, in co-production with Filmoption International, Esplorare La Metropoli and Fiumifilm. The work was released in Italian cinemas on 5 March courtesy of Wanted Cinema, with international distribution in the hands of Wide House.

more about: I'm in Love with Pippa Bacca

In his moving documentary, Simone Manetti commemorates Milanese artist Pippa Bacca’s final journey and, above all, her powerful message of peace

Wide House’s Always Amber to be showcased in Berlin

The French international sales firm will be wagering on the Swedish documentary by Lia Hietala and Hannah Reinikainen at the EFM, a work which will enjoy its world premiere in the Panorama line-up 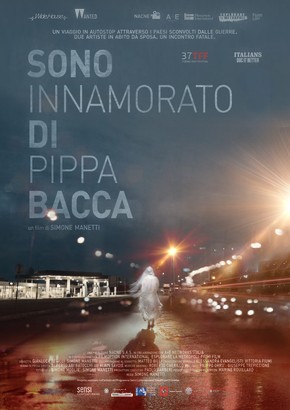 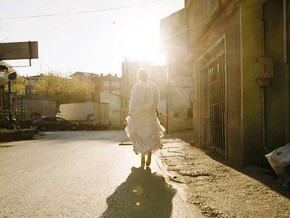 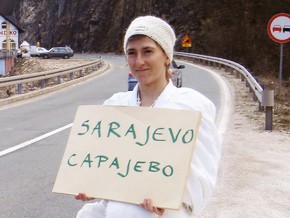