11/03/2020 - Thomas Ancora and Grégory Beghin conjure up a wholly uninhibited comedy, borrowing as much from American style buddy movies as from the wacky world of reality TV

Losers Revolution [+see also:
trailer
film profile], bearing the name of Thomas Ancora and co-directed by Grégory Beghin, is the first film to be born out of the call for lightweight production projects that was launched two years ago by the Wallonia-Brussels Federation Film and Audiovisual Centre. The aim of this call was to support first films made under low-budget conditions, thereby clearing the way for the emergence of genres not often seen in French-speaking Belgium, as well as helping young authors get a foot in the door by providing them with an opportunity to make a first film within a rather short time-frame. Soon to be following in the footsteps of this work is A Moonstruck Life [+see also:
film review
trailer
interview: Raphaël Balboni & Ann Sirot
film profile], the first movie by the directing duo known for their successful short films (Lucha Libre, With Thelma) Ann Sirot and Raphaël Balboni, Totem - Fred de Loof’s fantasy comedy about a scout troop who travel back in time - and Le Soleil dans les yeux by Nganji Mutiri.

Though this particular mode of funding might not be an end in itself, it does allow young, talented individuals to express themselves with a certain degree of freedom, despite tight budgetary constraints. For this reason, selected projects are developed and directed in line with the conditions specified. The idea is also to try to bring the audience into contact with these films in different ways. Indeed, producers aren’t obliged to follow any particular distribution approach for these projects: whilst Losers Revolution will show in cinemas in Belgium - and on a rather generous print release - the film will mostly be carried by a number of premieres in the presence of the film team, and will be broadcast by TV partners far sooner than is usual in the Belgian sector, firstly on Proximus, and then on RTBF.

A wacky comedy heavily inspired by the world of Judd Apatow and The Hangover, Losers Revolution follows the setbacks suffered by Simon (Clément Manuel), Fred (Baptiste Sornin) and Mehdi (Kody Kim), three childhood friends who are surprised to see one of their old classmates at Juan’s burial. It turns out Juan’s dying wish was for the boys to take revenge on their former tormentors by throwing his ashes at them at the school reunion and creating a "revolution of losers" movement on social media. In order to achieve their goal, the boys will need the help of Henry, Simon’s little brother, a reality TV star and social media guru who can help them with their mission…

Losers Revolution seems to have set itself a very specific goal: to offer up an uninhibited comedy, full of pop references to American buddy movies, yet firmly anchored in Belgian culture, in keeping with the film’s resources. It doesn’t shy away from excesses, daring to proffer just the right (trashy) words and to portray situations which are as madly thought up as they are mind-bending. The actors perform their hearts out, clearly adhering to a "no limits" philosophy. It’s a surprising break from the usual tone of French-language Belgian production, and it’s precisely this break which the support fund in question seems to want to encourage in low budget productions.

Losers Revolution is produced by Annabella Nezri for Kwassa Films, a company which is currently in the limelight given that it also produced Jumbo [+see also:
film review
trailer
interview: Zoé Wittock
film profile], Zoé Wittock’s first full-length work which will be released in France and Belgium on 18 March, as well as Unseen, Belgium’s new French-language series produced by RTBF and currently being filmed.

The Wallonia-Brussels Federation Film and Audiovisual Centre is supporting the VOD release of 6 recent Belgian films, as well as an online presence for Belgian cinema

A group of independent companies are working with 6 VoD platforms to offer Belgian viewers as-yet unreleased or recently released films, including Jumbo

Thomas Ancora and Grégory Beghin conjure up a wholly uninhibited comedy, borrowing as much from American style buddy movies as from the wacky world of reality TV

For its tenth session, the Brussels regional investment fund is backing the new movie by the Belgian director, which is currently being shot shrouded in the utmost secrecy

Losers Revolution: A buddy film with a Belgian flavour

Thomas Ancora and Grégory Beghin are now shooting their first feature film, a project initiated by Annabella Nezri on behalf of Kwassa Films 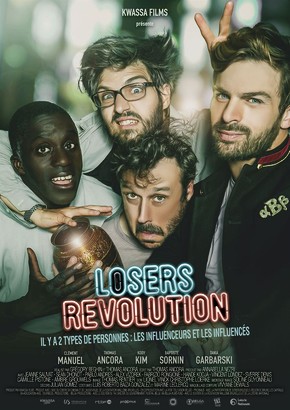 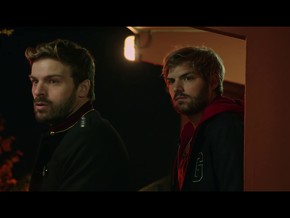