12/03/2020 - A German literary classic, Hermann Hesse’s tale about an unlikely friendship between a monk and an artist hits the screen in its first-ever movie adaptation, helmed by Stefan Ruzowitzky

Austrian director Stefan Ruzowitzky, who first rose to fame with movies like The Inheritors and Anatomy, and later found international critical acclaim with his Academy Award win for The Counterfeiters [+see also:
film review
trailer
film profile] in 2008, has turned his attention to German literary classics. With a script that had been in development since 2014, Narcissus and Goldmund [+see also:
trailer
film profile] is the first adaptation of the classic story by German-Swiss writer Hermann Hesse. Released in Germany today, courtesy of Sony Pictures Releasing Germany, the movie unfolds as a touching tale about an unbreakable friendship in a romanticised Middle Ages setting, but struggles with some of its narrative structures.

Protagonists Narcissus (Sabin Tambrea), an ascetic monk, and wood-carving artist Goldmund (Jannis Niewöhner) have been friends ever since Goldmund’s father dropped his son off at the Mariabronn monastery, where Narcissus was living as a student. After a build-up focusing on their youth, the story kicks off as Goldmund returns to the monastery as a weary man, after years of travelling the world. Narcissus, who has risen to the rank of abbot, appoints him to design a new altar for the church. Between work and rest, nightfall and dawn, the two reflect on the past, the bond that drew them together when Goldmund first defended the quiet Narcissus against bullies, and the lessons they taught each other.

But the opportunity also arises for Goldmund to start recounting the life he has lived and to reflect on the realisation that a simple life within the monastery’s walls wasn’t for him. He cogitates on how he has experienced love, death (partly in the form of the Plague), treason and self-fulfilment by becoming an artist and through the relationships that ensued. He ponders how he had been seeking perfection – something that Narcissus was trying to find in God – in earthly goods and by searching for his long-lost mother. It is her longed-for spiritual absolution and guidance that will lead Goldmund to his destiny.

Even though Hesse’s source material mostly focuses on Goldmund’s story, Ruzowitzky shifts the focus of the narrative to the dynamic between these two characters. Starting his movie off with their first interaction as boys, he later cuts back and forth between Goldmund’s memories and his second stay at the monastery. This, however, comes at a price. While the flashback device allows Ruzowitzky to create a level playing field between his main actors, the flow of the movie often comes to a halt – in particular, the early sequence revolving around their youth seems patched together in a somewhat forced manner.

Where the movie does develop its entrancing charm is in its visual setup and the performances of its myriad stars. Big-name German and Austrian actors like Emilia Schüle, Uwe Ochsenknecht, Sunnyi Melles, Jessica Schwarz, Georg Friedrich and Johannes Krisch enrich the supporting characters with their well-established talent. The production design evokes a Middle Ages setting worthy of a fairy tale. Since Hesse himself never established a historically correct location for his tale, Ruzowitzky and his crew took this as an opportunity to create a world full of bright colours, neat little villages and sweeping landscapes.

These otherworldly backdrops sometimes appear a bit inept when juxtaposed with sequences of deaths from the Plague or destroyed Jewish ghettos. But Ruzowitzky knows how to keep his narrative focused on the personal journey of Goldmund and the spiritual and philosophical elements at its core, rather than giving in to the temptation to make a historical commentary. His movie successfully walks the tightrope of being a colourful fable and a timeless comment on humanity.

more about: Narcissus and Goldmund

A German literary classic, Hermann Hesse’s tale about an unlikely friendship between a monk and an artist hits the screen in its first-ever movie adaptation, helmed by Stefan Ruzowitzky

The shoot for the German-Austrian comedy has just ended in Munich; the German release is slated for January 2019, courtesy of Sony Pictures Entertainment 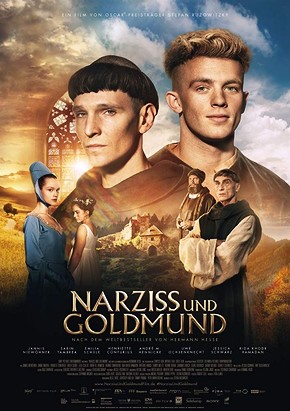 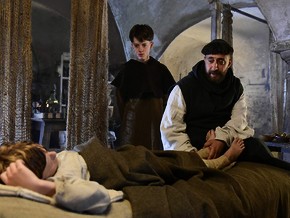 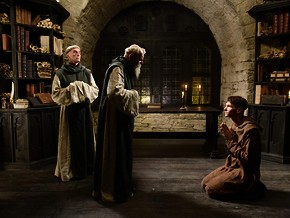 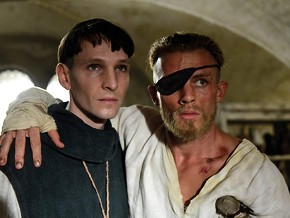 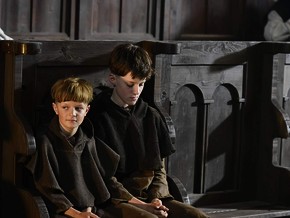 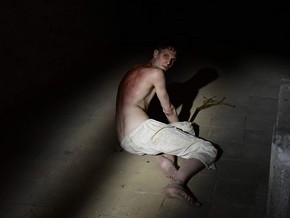 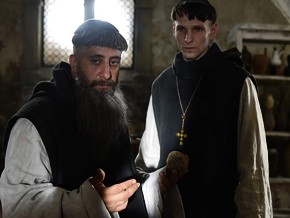 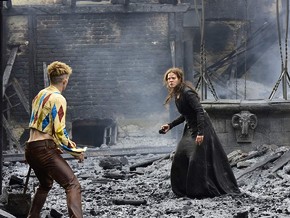 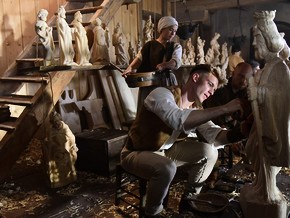 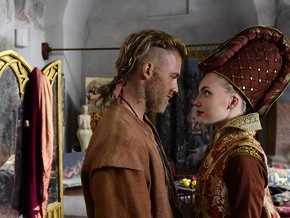 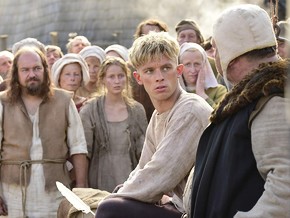