Review: Bring Down The Walls

“This is a space of connection, of transformation, of personal and collective liberation.” At the heart of the Lower Manhattan district, in the former fire station n°31, a very particular agora has taken its quarters in 2018. The day is filled with workshops, debates and legal consultancy meetings about the mass incarceration policies in place since the 1980s in the US, before the place transforms into a wild nightclub free to enter (“we go longer, louder and more intensely than any of the clubs around us”). British filmmaker Phil Collins (who usually lives in Germany), initiator of this citizen project after having led meeting sessions three years prior in Sing Sing prison, has turned the experience into the surprising documentary Bring Down The Walls [+see also:
trailer
film profile], in competition at the 42nd Cinéma du réel Festival (which will continue online until the 22nd March for the jurys and the people accredited) after having screened in the Deep Focus section of the Rotterdam International Film Festival.

Featuring around thirty interviews, the film sets its spotlights on the human reality of a prison industry for which “punition is not the consequence of crime, but rather linked to an agenda of political and economic interests and to a chosen media representation of crime.” In numbers, this translates to nearly 2.2 million people incarcerated, more than twice that number on parole and almost 20 million Americans with something on their criminal record, and across all categories, a very clear overrepresentation of African Americans and Latinos. A situation which transforms the lives of many disadvantaged people caught in a vicious cycle that leads to entire lives spent behind bars due to the extreme severity of certain sentences (“some people have been in jail for 20-30 years for simple drug possession”), to the sometimes arbitrary and abusive use of the charge of “gang member”, and to a social distortion produced by the practice of bail bonds. “How to halt the rise of the prison population and how to bring the incarcerated people back to what we call the free world?” (as the technology changes so fast that inmates are completely lost when they get out of prison) is what Bring Down The Walls tries to answer, through the personal stories of former prisoners and the socio-political reflections of abolitionist activists (“law and justice are two distinct things, and for things to change, activists must fight the law”).

In parallel, the film traces the birth and the expansion of house music which took root in marginalised communities (gay, black, latino, queer, etc.) at the exact moment when the policy of mass incarceration was beginning to take off, in the early 1980s. From memories of the beginnings of New Jersey house music, to the sensation of freedom and unity of the mythical New York club Paradise Garage (which closed its doors in 1987) and to the current dance floor of fire station n°31, Bring Down The Walls perfectly demonstrates (with thrilling sequences that give some kick to a politically engaged and alternative film which seeks to deconstruct the system and its ways of thinking) that “if house music is a sound, it is also a sensation; a sensation can allow us to transcend the walls that separate us from one another, and from freedom, too, even if just for an hour.”

Bring Down The Walls was produced by Sinisa Mitrovic for German company Shady Lane Productions which is also handling international sales.

more about: Bring Down The Walls

Review: Bring Down The Walls 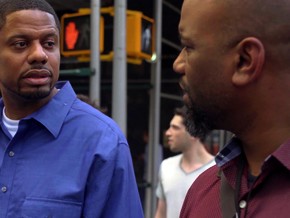 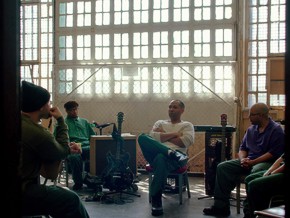 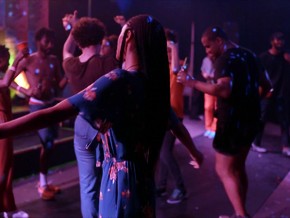 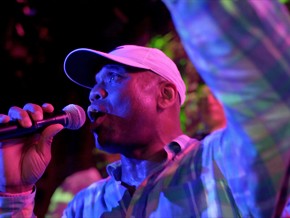