Jannik Splidsboel’s Being Eriko [+see also:
trailer
film profile] – world-premiering at Copenhagen’s CPH:DOX, where it was recently named as the winner of the NORDIC:DOX section – could probably have benefited from a more imaginative title, as “being” or “finding” is precisely what most non-fiction cinema protagonists seem to be doing these days. Then again, they don’t always know it, poor souls, unlike the perfectly self-aware Japanese pianist Eriko Makimura, now living in Europe and dead set on not repeating the mistakes of her extremely strict upbringing, when “the pianist came first before being Eriko”.

This doesn’t necessarily mean completely abandoning her calling, though, which is still a calling more than a job, and one that has dominated her life since she was barely two years old. But finally free of the many restrictions imposed on her by the career of a classical pianist, Makimura now tests the limits of her instrument’s keys and hammers – be it by filling it up with light, plastic balls for one performance or by sharing intimate life stories with the audience, probably still more accustomed to demure performers barely able to look up from their Chopin.

Splidsboel oscillates between the public and the personal here, although his spitfire of a protagonist appears intent on consistently breaking down such frivolous divisions, moving from her growingly out-there gigs in different countries, including Poland, to lengthy discussions with people who actually understand her plight: a former ballet dancer who chose family over her all-consuming profession or a close friend, able to listen even when playing dress-up like it’s the Mad Hatter’s tea party all over again. Sadly, while the headpieces are striking, the conversations frequently drown in clichés, announcing that it’s “boring to be normal” and “life is more than being put in a box”. Where is the March Hare when you need him the most?

It’s mostly during these “therapy sessions” that Makimura’s past proves impossible to shake off, even despite all of the changes she has consciously made over time. Still a workaholic, for all the painful childhood memories, she is unable to give up music – forced to figure out how to put herself first while continuing to play. It’s an interesting struggle to witness, as what doesn’t kill you might make you a better artist, it seems, but there is no use in waiting for a satisfying conclusion. With Eriko’s search clearly far from over, Splidsboel’s film feels like a work in progress at times, swallowed up by her bigger-than-life persona and sheepishly following her around. Maybe it’s all about “looking for” Eriko, then. She clearly seems to be trying.

more about: Being Eriko

In addition to Trier, three feature-length documentaries will be receiving the institute’s funding, according to its latest announcement 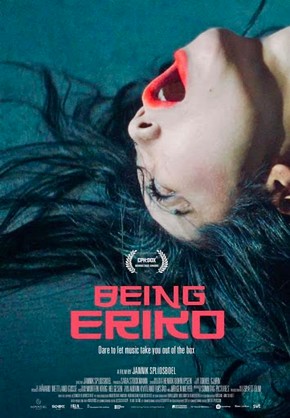 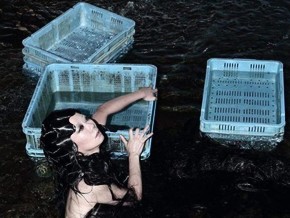 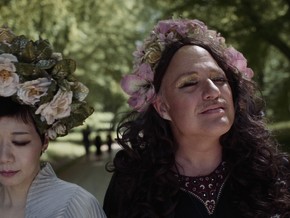 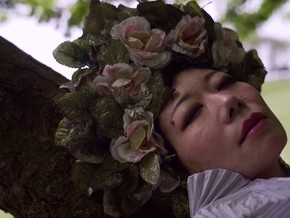