31/03/2020 - Despite its small stature, Elina Talvensaari’s documentary is one of the year’s biggest discoveries

Elina Talvensaari’s Lady Time [+see also:
trailer
film profile] is a real heartbreaker of a movie. Currently eyeing an April release in its native Finland after celebrating its world premiere at IDFA and scooping some awards at the Tampere Film Festival, its power sneaks up out of nowhere, as instead of tackling some of the world’s loudest headlines, it just stays within the confines of one small flat, occasionally taking a stroll around the block – as one should these days.

And yet it’s the kind of unassuming presence that doesn’t need fireworks to be remembered, especially as Talvensaari begins to embark on a little investigation of her own here, following a move into a new home. It’s still full of items belonging to the previous owner, Sirkka-Liisa, who died alone and forgotten – with no one left to collect them. “An old woman lived in the apartment before us. The apartment was full of her things. Everything that was left of her life,” states the director matter-of-factly. But instead of putting it all away in some boxes, soon she wants to know more. Also because she can’t help but notice the woman’s presence, presiding over the place she intended to call her own.

It’s telling how a moment that’s all about the future, with a growing family by her side, suddenly becomes all about the past, bringing a sobering realisation about how easily the roles can be reversed. “Die – you can’t do that to a cat. / Since what can a cat do / in an empty apartment?” wrote Nobel Prize winner Wisława Szymborska once, but what about one’s belongings, too? There is something so vulnerable about abandoned objects that nobody managed to hide, about a person’s entire life lying there, out in the open, for complete strangers to see, judge or just simply dispose of. But in Lady Time, it proves extremely hard to get rid of these last traces, of the stale chocolate candies, buttons and little girl’s braids – and the list goes on. So she puts them back in the spotlight again, giving them a proper shine first.

It would be hard not to think about thousands of similar stories, and how quickly they usually end – inside of a black plastic bag, one assumes. But as Talvensaari starts to discover new facts about Sirkka-Liisa, not out of nosiness but out of a genuine interest, wanting to acknowledge her existence by getting to know her a little, it’s almost as if she was summoned again in the gentlest possible way. No longer just staring blankly from an old photograph, it’s as if she’s actually talking, through her letters or a diary entry: remembering when she moved in, way back in 1952, and all the people who sometimes stood by her side, with their voices soon joining in as well. “In order to remember her, I would have to know her,” says Talvensaari, and then actually makes an effort to do so, while her children grow up surrounded by trinkets they already consider their own. By the end of it all, she might have just gained a friend. And so will everyone else who happens to see this film.

Despite its small stature, Elina Talvensaari’s documentary is one of the year’s biggest discoveries

Ceuta’s Gate triumphs at the 50th-anniversary edition of Tampere 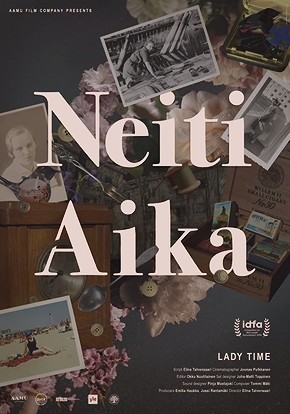 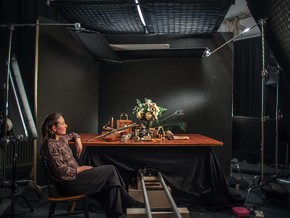