02/04/2020 - With their superb performances, Miguel de Lira and Patricia de Lorenzo prop up this film adaptation of the stage play of the same name

With a screenplay by Manuel Cortés, Miguel de Lira, Patricia de Lorenzo and Ron himself, the feature uses a split-screen method to introduce its main characters: a young film director and her family, whom she turns to in order to shoot a movie. As a result, this would seem to be a film within a film that discusses memory, local history and ruptures in relationships, also dipping into nostalgia, subtle social criticism and cinematic metalanguage. Furthermore, towards the end of its running time, a flurry of animated elements and one sole trip outside the confines of the aforementioned space sign and seal this existential tragicomedy, which reflects how the earthly paradises of the past have given way to current patterns of hedonistic consumerism.

The title is a reference to a supermarket that was built on the very location where a popular rural dance hall once stood, in which Eva and Antonio, Álex’s parents, first met. On the girl’s instructions, the parents – who have been separated for quite some time – will have to step in front of her camera and recreate their first date, the night of passion that ensued and their reunion 25 years later, once the ravages of time have taken their toll. During this performance, a number of secrets will come to light that are not exactly pleasant.

But perhaps the most stimulating thing about this unassuming film is, in fact, the self-criticism it contains. When the mother asks: “Who’s going to be interested in a film about us?”, the viewer can’t help but smile as they recall the deluge of recent movies telling overly personal stories, starring non-professional actors and the relatives of the filmmakers themselves.

In addition, when the young director explains to her sceptical mother the metaphors and symbolism that she is trying to convey with her movie, one gets the impression that a certain facetiousness is being exhibited towards a breed of self-satisfied and pretentious cinema that sees giants where there are only windmills. The craft that is modern cinema, along with all its risk-taking and audacity, is thus portrayed in this 75-minute film featuring dialogue in both Galician and Spanish, which harvested two accolades – for its lead actors – at the most recent edition of the Mestre Mateo Awards.

Eroski Paraíso is a production by Ollo Vivo (which is also taking care of its national distribution) and Chévere Producciones, and lands on Filmin this Friday 3 April.

“Justice is far from perfect”

The Galician filmmaker returned to the titular Canary Island, which won the Award for Best European Film Location in 2019, in order to shoot season two of his series starring Candela Peña

With their superb performances, Miguel de Lira and Patricia de Lorenzo prop up this film adaptation of the stage play of the same name 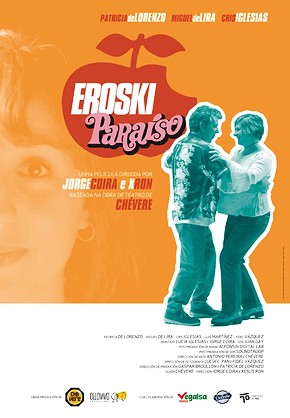 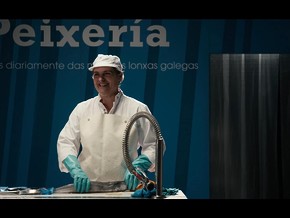 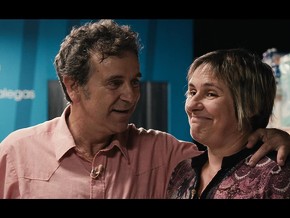 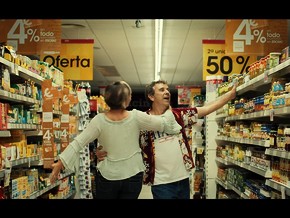 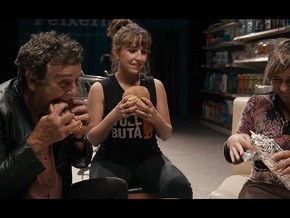