02/04/2020 - The pretext for a necessary family exercise, Yuki Kawamura’s intimate documentary is now part of the LuxFilmFest Home Edition programme

The cinema of Yuki Kawamura, born in Japan in 1979, is profoundly marked by the deaths and the memories of loved ones. After his short films Senko (2008) and Grandmother (2009) and his feature debut Mirror of the Bride (2013), the filmmaker returns with Norie [+see also:
trailer
film profile], in which he takes a decisive step and ends the cycle dedicated to the women in his life. This time, he comes to grips with the essential figure of his mother, who died from cancer in 1984, when she was only 32 years old and him just 2. Her name was Norie, and all the while feeling very close to her, Yuki has almost no memory of her.

Screened last month at the Luxembourg City Film Festival after having its world premiere in Competition at the 2019 Visions du Réel festival, the film is now part of the LuxFilmFest Home Edition programme, accessible on the platform vod.lu.

The first strength of this intimate documentary, which seems inspired by the universes of Ozu or Tarkovsky: its archival images. They are many and sublime, first of all for what they tell us of Norie’s existence before her death: she was a woman with a strong character, but always caring and loving. If these images are of great interest, it is also because they paint a portrait of Japan in the 1970s and 1980s, and tell us about the aspirations of the citizens of a country that was then in a process of transformation, between traditions and modernity. Sometimes commented on by the friends of the deceased, other times directly inserted into the film, family photos thus constitute the thread running through this fascinating story.

Munemitsu, the widower and the filmmaker’s father, who has agreed to accompany his son on this epiphanic journey through places formerly visited with Norie, is always carrying a photo album in his arms. This makes the elderly man all the more endearing: Norie was the only love of his life, and he finds himself at the heart of a painful quest. After the death of his wife, he did everything he could to forget the past so that he could protect his children and focus on their future: in front of the camera, he now has to submit himself to the heartbreaking exercise of remembering. All these years spent interiorising his grief are visible on the face of the sexagenarian who is holding back tears in front of his son. Until an extremely moving scene in which the man, sitting at a table in a Sapporo bar he hadn’t visited in forty years, finally bursts into tears. Behind his camera, Yuki Kawamura makes us feel all the emotion he is feeling. The documentary is an excuse for a necessary family exercise, a kind of intimate atonement.

The filmmaker explains: “I was looking for a way to meet my mother and I found it through the words of others. By speaking to her friends and reading her letters, her face appeared to me little by little.” The correspondence between Norie and her loved ones allows us to learn more about her life, her aspirations, her state of mind as death was approaching. The letters are read by a narrator in voice-over that embodies the deceased, underlining her ghostly presence. And to exacerbate the latter, the director punctuates the film with images of traditional dancing from the Obon in Kansai, a celebration where families pay homage to their dead loved ones every year. The effect is natural, beautiful, and leaves a soft impression of serenity.

The film was produced by Luxembourg company Les Films Fauves and by Kawamura himself.

Between 8 May and 18 June, 60 films from past editions of the Luxembourg City Film Festival will be made available on the VOD.lu platform

The pretext for a necessary family exercise, Yuki Kawamura’s intimate documentary is now part of the LuxFilmFest Home Edition programme 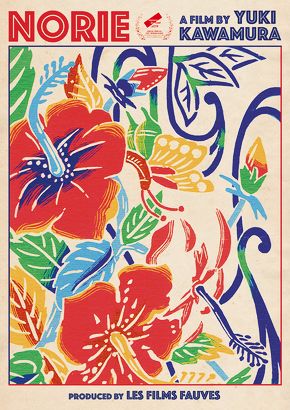 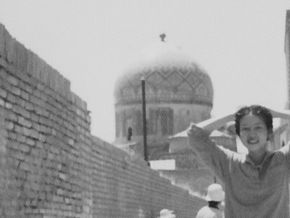 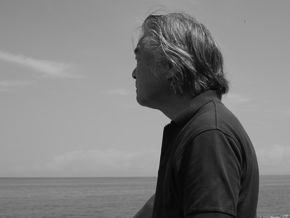