16/04/2020 - The US company will distribute €1 million among professionals in the sector who have been affected financially by the pandemic, which has brought shoots to a standstill in Spain 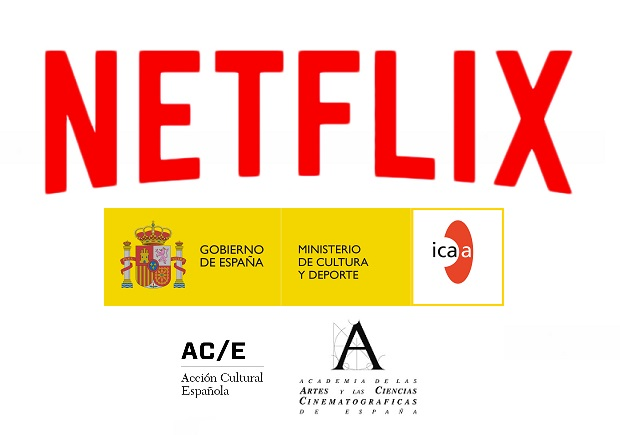 After more than one month of self-isolation and the interruption of all film and TV shoots – and while the Spanish government decides whether or not to specifically protect the national audiovisual sector, as said sector even goes on “virtual strike” or meets constantly via videoconference to come up with solutions – it turns out that it’s actually Netflix that will (slightly) alleviate the crisis, to the tune of €1 million. This aid package – which has also been granted to nearby countries such as France, Italy (see the news) and the UK (see the news) – will boast the cooperation and support of Acción Cultural Española (AC/E), the country’s Film Academy and the Institute of Film and Audiovisual Arts (ICAA).

The Minister of Culture, José Manuel Rodríguez Uribes, who last week met with representatives of the audiovisual sector by video call, without offering any solutions but causing a fair amount of malaise within the film industry with his subsequent comments, has applauded this gesture by Netflix in a statement: “For our part, we are grateful for this display of generosity, commitment and solidarity with the Spanish audiovisual industry.”

In the same memo, Mariano Barroso, the president of the Spanish Film Academy and a director who has just released the series La línea invisible (read the review), reiterates a petition that has now become a cry for help in the country: “We encourage other private and public initiatives to be set up to aid the recovery of the cultural industries. We are convinced that this extraordinary time calls for extraordinary measures. We trust that the public authorities will drive forward and channel whatever measures may be necessary to guarantee our industry’s survival.”

"This is the moment for everyone to join forces in order to alleviate the damage that the virus is inflicting on people’s lives, on the economy and on society as a whole. Netflix wished to make a gesture of solidarity within the audiovisual sector, which we are grateful for, support and throw our weight behind here at AC/E, in the hope that there will be more companies, organisations and institutions doing likewise in the future,” added José Andrés Torres Mora, the president of Acción Cultural Española.

This emergency fund is part of a global one (see the news) endowed with $100 million, although a large proportion of that amount ($85 million) is intended for worldwide Netflix productions (such as, for example, Sky Rojo or the new seasons of Money Heist, both created by Álex Pina, in Spain). "We are very grateful to be able to work together with the ICAA, Acción Cultural Española and the Film Academy to support those workers who are most severely affected in the film and television industry. We want to do our part to provide help to those who need it most in these unprecedented times,” explained Diego Ávalos, vice-president of Original Content at Netflix.

Let’s not forget that this company that operates online – and which has not seen a drop in its consumption levels during the ongoing pandemic, but quite the opposite, in fact – invests around $1 billion dollars per year in advertising, pays an absurdly low amount of tax in Spain and is not obliged by law, unlike other TV channels (both public and private), to invest part of its profits in European film. Netflix has a presence in 190 countries and has now racked up a total of 167 million subscribers, which means that its monthly earnings exceed $1 billion.