Review: Wake Up on Mars

“Do your parents see the difference between when your sisters are awake and when they’re asleep?” It is at the heart of a very endearing family of Kosovar roma refugees awaiting regularisation in Sweden and dealing every day with a very strange illness, the “Resignation Syndrome”, that Swiss-Albanian filmmaker Dea Gjinovci has anchored her first feature film, the documentary Wake Up on Mars [+see also:
trailer
interview: Dea Gjinovci
film profile], which had its world premiere in competition at the 19th Tribeca Film Festival, currently taking place online for juries and film professionals.

We are in Horndal, a little country town frozen in the Swedish winter, 200km north-east of Stockholm. In the Demiris’ apartment, an atmosphere of “sleeping beauty” reigns. The eldest daughters, Ibadeta (17) and Djeneta (16), are lying on their beds or in wheelchairs, in an apathetic state that doctors are comparing to hibernation (“they consume very little energy, their heart beat slowly”), attributing the phenomena to violent psychological trauma. The everyday existence of the rest of the family (the father Muhareem, the mother Nurje and the two younger brothers Resul and Furkan) revolves entirely arounds the two teenagers, carried by the hope that they might wake up and that they might all be granted the right of political asylum, their demand having already been rejected twice.

Via a story going through several seasons, with a constant sensation of suspended time, the director (who wrote the script together with Lucas Minisini) progressively clears up the mysteries of this strange lethargic state (“the first apathetic children appeared in Sweden in the early 2000s. It was a medical situation we had never been confronted with before”), its causes (when and how Ibadeta and Djeneta were affected - “we all thought that she was going to die”) and its social repercussions (“some people argued that the children were pretending to be ill, and soon, from a medical topic it became a political one”).

However, the film never attempts to fall into the medical thesis or the immigration dossier — which is one of its great qualities. The painful memories of Kosovo which pushed the Demiris into exile are evoked elliptically and suggestively (“they threw rocks out of windows, they burst in with knives, they lacerated the walls”) and while the anguished hopes of administrative procedures for obtaining a permanent right of residence do punctuate the narration, touching on the topic of the family’s quest for a future, they are always centred on the film’s central affective question: the hope that the young girls might wake up.

A touching portrait of familial love, Wake Up on Mars also highlights Furkan, the youngest of the two sons, a sympathetic ten-year-old child plunged in this very peculiar environment and adult concerns, who nevertheless remains a kid his age, escaping these worries outside the house, finding car parts in a garage to build a rocket and go to space and other planets.

Using a good dosage of beautiful landscapes of the Swedish countryside and Fukan’s energy to give her film some breathing space outside of the slowed down interiors at the Demiris’, Dea Gjinovci makes a successful feature debut with this empathetic documentary gently lulled by the immobility of its sleeping protagonists, to whom is whispered “when you get out, you’ll feel the breeze, the smell of flowers, of leaves, of the earth, the freshness on your skin.”

Produced by Britta Rindelaub and Jasmin Basic by Swiss company Alva Film and by Sophie Faudel for Parisian company Mélisande Films, in association with Dea Gjinovci (Amok Films) and American producer Heidi Fleisher, Wake Up on Mars is sold internationally by CAT&Docs.

more about: Wake Up on Mars

Interview: Dea Gjinovci • Director of Wake Up On Mars

"I didn’t want to make a medical or investigative film; my main aim was to paint the portrait of a family"

Swiss-Albanian documentary-maker Dea Gjinovci chatted to us about her first documentary feature film, Wake Up On Mars, which is in competition in Tribeca

Spiral comes out on top at the Al Este Festival

The Hungarian-Romanian co-production has taken home the Al Este Jaguar from the 12th edition of the Peruvian festival, which has just wrapped 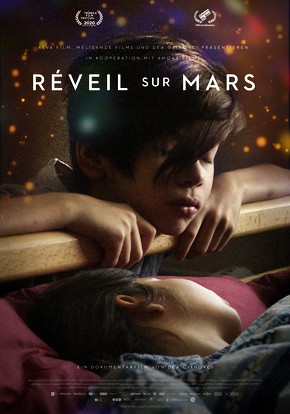 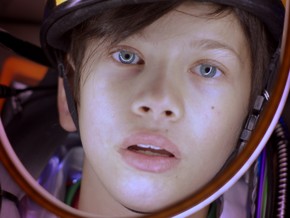 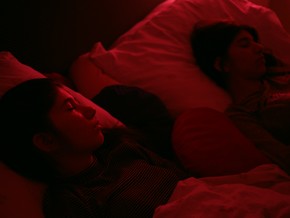