First-time director Rachel Hirons has adapted the script for her own play, A Guide to Second Date Sex [+see also:
trailer
film profile], which played at the Edinburgh Fringe Festival and on stage in London, for the big screen. As the title of the film now coming out on VoD in the UK suggests, it’s a romcom about a guy’s efforts to get his date into bed on a second date. The theatrical roots of the screenplay are apparent as, by and large, the movie limits itself to two locations, a nightclub and a home, although the feature never manages to make the characters believable in this world.

The couple are in their late twenties in a story that seems best suited for teenagers curious about sex and what to do on dates. Hirons succeeds in relaying a sense of awkwardness, and there are enough moments of laughter that show that, with some guidance, she could make some fantastic anti-romcoms that shatter the clichés of the genre. However, until that day comes, A Guide to Second Date Sex feels like a rebellious teenager that, try as they might, can’t escape from the framework of Working Title comedies.

Ryan is still hung up on his ex and has her picture up in his bedroom, despite him having broken up with her two years previously, when he caught her sleeping with his pal. Sexually inhibited, he has made up his mind not to take Laura to an Indian restaurant as promised, but to woo her at his house instead. He prepares by putting weights on his bedroom floor, tidying up and listening to his flatmate Dan (Michael Socha) give questionable advice on steering girls to the bedroom, which is not fit for the #MeToo era.

For her part, Laura’s been living with her intrusive mother at home in Wales ever since her engagement was called off after her former fiancé made a life-changing confession. She puts on tight-fitting jeans and hasn’t shaved downstairs, thinking that she and this guy are going to have a meal at an Indian restaurant. And then, maybe, just maybe, if things go well, she might end up at Ryan’s.

The action opens with them meeting last Friday at a nightclub bar. There are flashbacks to this first night throughout the second date, as their awkwardness gets contrasted with their uninhibited first encounter. The voices in their head give a running commentary on their thoughts and feelings. There is a mystery flatmate (Tom Bell) who keeps popping up out of nowhere, which provides some laughs. And Laura’s work colleague (Emma Rigby) arrives to add some spice to the lacklustre date. But in the age of Fleabag, this movie feels out of date.

A Guide to Second Date Sex is a UK-US production staged by Addington Films and Dignity Films Finance, in association with Shooting Script Films. AMP International is taking care of its international sales.

more about: A Guide to Second Date Sex 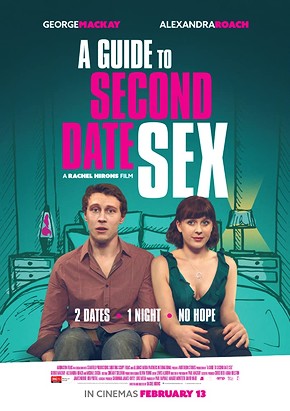 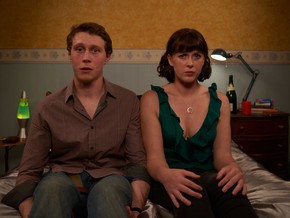