27/04/2020 - In his new documentary about the annual Miss Holocaust Survivor event, Turkish helmer Eytan Ipeker looks beyond the crown

The single most surprising thing about Eytan Ipeker’s The Pageant [+see also:
trailer
interview: Eytan Ipeker
film profile], shown in the International Feature Film Competition at the online edition of Visions du Réel, is that what surely looked like a potential crowd-pleaser is, in fact, anything but. A far cry from chicken-soup-for-the-soul-type fare like Calendar Girls, about a group of older women preparing a nude calendar to raise money for leukaemia research or, if one sticks to documentaries, Gunhild Westhagen Magnor’s The Optimists [+see also:
trailer
interview: Ingunn Knudsen
film profile], following a volleyball team with members aged 66 to 98 years old, it starts rather wistfully and stays that way. It thus proves that there is more to the annual Miss Holocaust Survivor event than the secret to that famed “pageant wave” (“Screw the light bulb, wash the windows and long, long, short, short, pearls,” according to actress Kristin Chenoweth, although that statement should probably come with a visualisation).

Not everything about it is actually that pretty either, but the Turkish director doesn’t go as far as openly slamming the event, also because it obviously brings joy to at least some of its elderly participants. But he does have an eye for detail, especially uncomfortable ones – like the host’s decision to interrupt an emotional speech to greet the prime minister’s wife, or one of the organisers haggling “for a good cause” in the fabric store or suggesting to add hobbies to the list as some of the personal stories “aren’t that impressive”. By juxtaposing stark black-and-white photographs of terrified survivors with the thumping sounds of that frankly rather absurd party, with the proud announcements that “all of the TV stations, including CNN and Al Jazeera, are ready for this exciting moment”, he doesn’t actually need to spell anything out for things to sink in. And yes, someone does actually yell out: “Wow, she was in Auschwitz!” at one point. It’s a lot to take in.

And yet, regardless of the complicated politics of the actual Haifa-based event, which many of the ladies view as a necessity in order to get donations for their retirement home, it still serves as a good excuse to focus on the survivors. Not that they are that easy to talk to, as it clearly takes time for them to get ready to share things or maybe even just to remember, with the camera learning more about their past from looking at their walls than from their stories – which are predictably harrowing, when they do finally come. “The contest is not just a beauty contest. It’s about their inner world, how they survived and remain strong,” explains one of the organisers to a potential contestant over the phone, and who knows, she might actually mean it, and maybe there is some value in putting yourself out there for the whole world (or room) to see. “It’s not about beauty; it’s about character!” yells one participant, suddenly energised when getting dolled up before the show. So don’t be a drag – just be a queen, and for more than one day in your life. How’s that for a message to the world, I ask you?

The Pageant was produced by Yoel Meranda, of Turkey’s Kamara, which is also handling the sales, and Carine Chichkowsky, of French outfit Survivance. It was co-produced by Eitan Mansuri and Jonathan Doweck, of Israel’s Spiro Films, and Kristina Konrad, of weltfilm GmbH.

more about: The Pageant

“Sometimes we want to be told who the bad guys are, but that’s not my film”

Cineuropa talked to Eytan Ipeker, the director of The Pageant, about Miss Holocaust Survivor, a glitzy show with a troubled past

The volcanic island is about to hold the tenth edition of its festival, with a selection of the very best in the short and feature-length formats, and a sizeable presence of Canary Islanders

In his new documentary about the annual Miss Holocaust Survivor event, Turkish helmer Eytan Ipeker looks beyond the crown

The 14th Meetings on the Bridge hands out its awards

The winners of the Istanbul Film Festival’s co-production platform include the upcoming projects by Zeynep Dadak and Myriam El Hajj, and Pelin Esmer’s new documentary

Istanbul’s Meetings on the Bridge readies its 14th edition 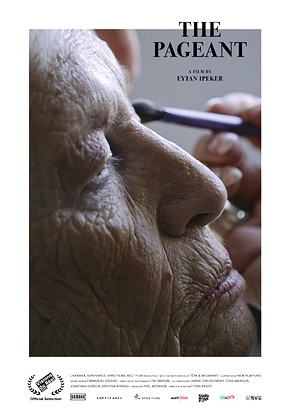 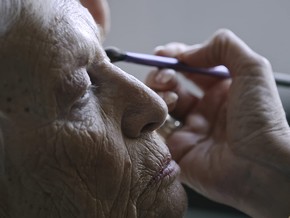 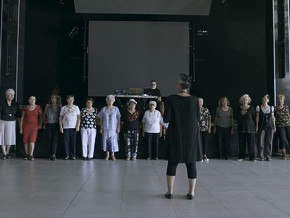 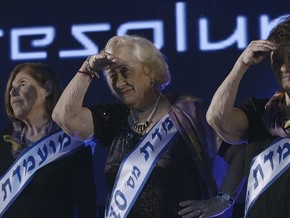