27/04/2020 - Francesca Mazzoleni’s documentary about a community living in Idroscalo di Ostia is a great example of real-life cinema, boasting authenticity and aesthetic vision

“If you look at Ostia from the point of view of belonging, you see it as beautiful”. No-one wants to leave Idroscalo di Ostia, a coastal outer district of Rome. A strip of land where the Tiber River meets the sea, Idroscalo is the place where Pierpaolo Pasolini’s dead body was discovered and where, over the past sixty years, an entire illegal neighbourhood has shot up, replete with makeshift homes and unmade roads. In 2010, a number of these dwellings were evacuated and demolished, but at present, in Idroscalo di Ostia, they’re home to somewhere in the region of 500 families. And despite the precarious living conditions and the total absence of facilities, no-one seems to have any intention of leaving this strange place squeezed between the river and the sea: “paradise” for some, the home of their roots for all of them.

This is what emerges clear and strong from the documentary Punta Sacra [+see also:
trailer
interview: Francesca Mazzoleni
film profile], the second work by Francesca Mazzoleni (That’s Life [+see also:
trailer
film profile]) which is debuting at this year’s Visions du Réel Festival – unspooling online - within the International Feature Film Competition. More specifically, the 31-year-old director, who trained at the New York Film Academy and Italy’s Centro Sperimentale di Cinematografia, is fixing her lens on the women within this community located on the mouth of the Tiber, a real group of warriors headed up by the charismatic Franca, a 58-year-old grandma and admirer of Pasolini and Che Guevara. But Mazzoleni is also focusing on the children and adolescents who represent “the future of Idroscalo”, and on a promising rapper of Chilean origin, Chiky Realeza, who lends a voice to these people who are making a stand with dignity and pride.

Mazzoleni enters into the homes and daily lives of these individuals and seems to disappear. Conversations between friends, altercations between mothers and daughters, discussions about Communism and its merits, secrets shared between female friends: it all unfolds freely and naturally in front of the camera. There’s a strong sense of community: haircutting or getting a tattoo becomes a collective event to be experienced all together. And then there are the celebrations – Christmas, the Carnival and various commemorations –, the preparations, singing and dance rehearsals, the masks, the sets… These are all activities which Franca and those around her organise with dedication and enthusiasm. In fact, the sense of desolation we feel as we watch footage of this strip of land filmed via drone, with its flooded streets and improvised homes, diminishes as soon as the vibrancy of the locals returns to fill the screen.

And finally, there’s the sea. A strong, menacing presence (“they drove people out of their homes, telling them a huge wave was coming from Sardinia. No-one ever saw that wave”), it’s a wintery sea, agitated and thunderous, which the director knows how to film and render cinematic. The richness of the frames, particularly the external shots which provide the viewer with space to breathe, together with the beautiful original music from Lorenzo Tomio and compositions by the unmistakeable Theo Teardo, transform Punta Sacra into a work which is also wonderful for the eyes and the ears. It’s a great example of real-life cinema, boasting both authenticity and aesthetic vision, which we hope will soon find its way to its most natural and best-suited environment: the big screen.

Produced by Alessandro Greco on behalf of Morel Film and in collaboration with Patroclo Film, Punta Sacra is sold by True Colours.

“Olbia is home to the spring of cinema”

The director of the Olbia Film Network, whose fifth edition took place on 25 and 26 June, talks about what makes this co-production market special and its future prospects

The Italian film journalists also crowned 1968 The Braibanti Trial, Punta Sacra e SanPa: Sins of the Saviour as its best documentaries of the year 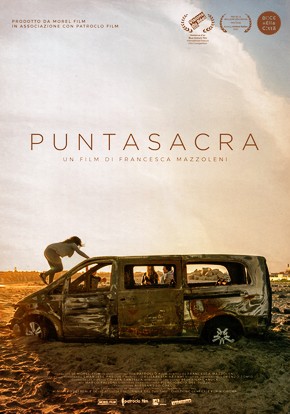 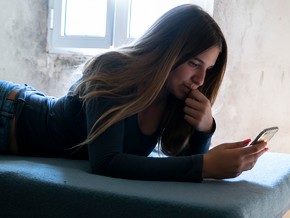 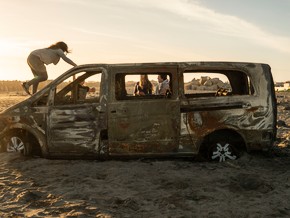