29/04/2020 - Lina Soualem makes a successful directorial debut with an intimate, sensitive and poignant documentary about her grandparents and the identity of Algerians who immigrated to France after the war

In the centre of the small town of Thiers in Auvergne stands a curious monument paying tribute to the local cutlery industry: a jacquemart. With its animated figure striking the hours on an anvil, its fountain, its paddle wheel (which acts as a frame for the clock) and its waterfall - recalling the river which served as a driving force in metalwork -, the statue, made up of 384 parts, fits perfectly with the documentary-puzzle Their Algeria [+see also:
trailer
interview: Lina Soualem
film profile], the first feature film directed by Lina Soualem (an actress seen in You Deserve a Lover [+see also:
film review
trailer
interview: Hafsia Herzi
film profile] and I Still Hide to Smoke [+see also:
film review
trailer
film profile]) which was unveiled in the Latitudes line-up of the 51st Visions du Réel Festival (currently unspooling online).

A real "child of the stage" - she’s the daughter of actors Hiam Abbass and Zinedine Soualem - the filmmaker dives deep into her roots, travelling back to the time of Algerian immigration towards France by way of a highly intimate and loving portrait of her grandparents Aïcha and Mabrouk, who came to Thiers in the early 1950s. It’s a patient exploration of their memories of exile and their troubled identity that Soualem embarks upon, camera in hand, based upon interviews which take the form of simple family discussions; an exploration which doesn’t clarify everything about the fragmented and, sometimes, painful past, but which knows how to draw out the emotions concealed by a fleeting look or nervous, hysterical laughter.

"We’ve never spoken, it’s not like we’re going to start now." After living together for 62 years, the very vivacious Aïcha and highly taciturn Mabrouk have just separated, leaving the family home behind to move into two small buildings opposite one another. Lina, their grand-daughter, wants to know their backstory and, more specifically, why they never returned to Algeria. But her investigation isn’t easy, because her two forebears aren’t accustomed to expressing their emotions - out of modesty, as a result of their education or perhaps wishing to stifle their deeply buried pain. Little by little, however, the broader lines of these two very young immigrants’ trajectory are revealed (Aïcha was barely 15 when she was married off to Mabrouk); a journey which began in Amoucha and Laaouamer - poor farming villages located twenty-something kilometres north of Sétif (where the violently repressed nationalist demonstrations took place in 1945) - and which propelled them towards post-war France, a country hungry for the industrial labour supplied by the colonies.

As their son Zinedine stresses, "they arrived, they no longer had their childhood, they no longer had anything" and they brought up their children with the myth that one day they’d return ("we’re here, we’re going to work and then we’re going home"). But the Algerian War of Independence brought time to a standstill, petrifying this dream. In the meantime, Mabrouk silently set about feeding his family, working in what was known as the hell of all ironworks. And life passed by, the family only taking trips home to bury close relatives who had died in France. Until old age set in and Lina came along, wanting to wake up the past…

Making wise and economical use of personal video footage (shot by her father in 1992), as well as her grandparents’ photo albums and an extract from La Guerre d’Algérie by Yves Courrière and Philippe Monier (1972), Lina Soualem foregrounds the finer details which emerge from informal conversations, and successfully pieces together a moving documentary. A wonderful tribute to Aïcha and Mabrouk (who has since passed away), the film sheds a fair and down-to-earth light on the complexities behind an identity which appears to be plunged into nothingness, but which is actually firmly anchored in the emotional folds of time.

more about: Their Algeria

"I needed to break that silence"

Lina Soualem tells us about her first feature film, the documentary Their Algeria, revealed and well received at the Visions du Réel festival

Arieh Worthalter to star in Bowling Saturne by Patricia Mazuy

The Belgian actor leads the cast of the director’s new feature film produced by Ex Nihilo and co-produced by Belgium's Les Films du Fleuve, which will start shooting imminently

Serbian Srdan Golubović’s film walks away with the Antigone d'Or, Zanka Contact wins a Special Mention, Here We Are scoops the Audience Award and Teddy proves popular with the critics

Lina Soualem makes a successful directorial debut with an intimate, sensitive and poignant documentary about her grandparents and the identity of Algerians who immigrated to France after the war 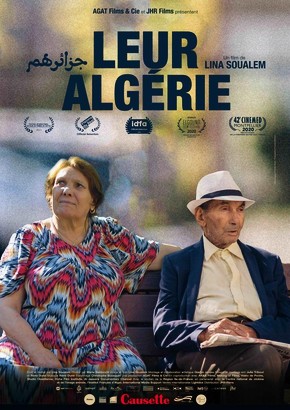 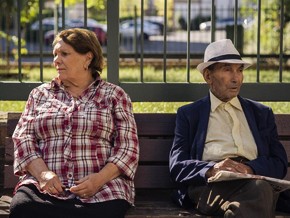 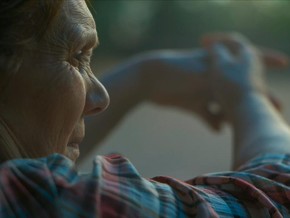 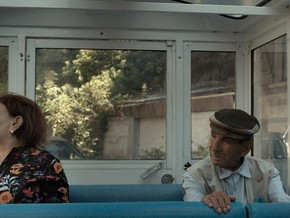