29/04/2020 - Bettina Oberli’s dramedy, which has world-premiered at Tribeca, revolves around a Polish woman who goes to Switzerland and disrupts the dynamics of an affluent family

Bettina Oberli’s new film My Wonderful Wanda [+see also:
trailer
interview: Bettina Oberli
film profile], part of the International Narrative Competition at the 2020 Tribeca Film Festival, is another spin on the good, old division between the rich and anaemic West and the poor, yet lively East. And just like pretty much every film, book or play based on stereotypes, My Wonderful Wanda is both annoying and funny – and the ratio between these two aspects varies depending on where the film is screened: in Western or Eastern Europe.

Polish worker and single mother Wanda (Agnieszka Grochowska) is employed as a nurse to the Wegmaister-Gloor family’s patriarch, Josef (Andre Jung), who is paralysed following a stroke. She comes a few times a year, works for a couple of months and returns to her village to take care of her two pre-teen sons. Wanda’s presence brings a lot of energy and light into her patient’s life, and even if the lady of the house, Elsa (Marthe Keller), is not comfortable about the bond between her husband and the paid help, she doesn’t show it.

Wanda provides all kinds of services to Josef, including one that makes her pregnant, which obviously outrages Elsa and the Wegmaister-Gloors’ daughter, type-A Sophie (Birgit Minichmayr), who is reproductively challenged and has daddy issues. Her brother, and not-so-secret admirer of the Polish woman, Gregi (Jacob Matschenz), who is being groomed to take over the family businesses, also has his own feelings about the whole conundrum. To make matters more complicated, Wanda’s parents (Cezary Pazura and Agata Rzeszewska) and kids (Bruno Rajski and Iwo Rajski) come to Switzerland and create even more of a mess. So, two families, two lifestyles and two completely different worlds clash, and as the tried-and-tested dramedy formula would have it, each of the opposing sides will learn something about themselves and grow.

The Polish audience may find some details funny, like the fact that actor Cezary Pazura, who plays Grochowska’s character’s father, is only 17 years her senior or the odd choice of Polish music that serves as a soundtrack to Wanda’s bus trips to Switzerland, but none of this interferes with the bigger picture.

The story, penned by Cooky Ziesche and Bettina Oberli, mostly exploits the obvious and builds tension around it, such as in the scenes of Wanda being accused of stealing money, an emotionally shut-down woman having problems conceiving, a fight breaking out during a family dinner and wealthy people assuming that all poor people in Poland breed cows. However, the smart and empathetic directing makes the film more subtle and nuanced.

My Wonderful Wanda was produced by Lukas Hobi and Reto Schaerli for Swiss outfit Zodiac Pictures. The co-production companies are Swiss Radio and Television (SRF) and Teleclub. Germany’s The Match Factory handles the world sales.

more about: My Wonderful Wanda

“Humour can come out of desperation”

We talked to Swiss director Bettina Oberli, who opened the 16th edition of the Zurich Film Festival with My Wonderful Wanda

The Polish filmmaker’s first feature will be co-produced by the French-German network, as will Diego Céspedes’ The Mysterious Gaze of the Flamingo

Blanche Gardin and Laurent Lafitte to star in Everybody Loves Jeanne 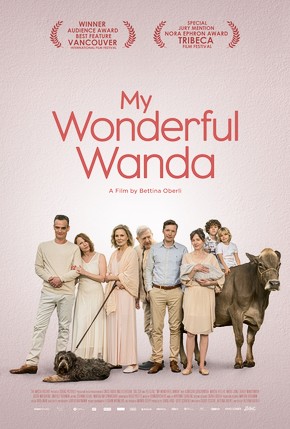 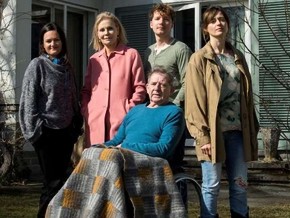