The Disqualified [+see also:
trailer
film profile], the second feature-length documentary by Tunisian director Hamza Ouni (El Gort), world-premiered in Visions du Réel's Burning Lights competition, where it picked up a Special Mention. Overlong, uneven and often frustrating, it nevertheless stands out thanks to its honesty, dedication, uncompromising approach and, above all, its passionately pulsating heart in the form of its troubled but inspiring protagonist.

That would be Mehrez, who is 25 in 2005, when Ouni starts filming him, and whom he follows for 12 years, in much the same vein as Czech master Helena Treštikova. Our hero lives in the small town of Mohammedia, not far from the capital of Tunis, and leads an amateur troupe doing physical theatre and dance. They perform in the local cultural centre, at least until dictator Ben Ali's government closes it.

Mehrez is a remarkable protagonist, and Ouni makes the best of their close relationship. A charismatic, creative and rebellious man, he inspires his friends and collaborators, who are yearning for freedom and finding a replacement for it in gambling, drinking, smoking hash and doing creative artistic work that, in addition to theatre, includes freestyle rapping.

This lifestyle brings Mehrez to a watershed moment in his life when he ends up in prison for a year because of one joint. After an imaginative transitional sequence, in which we hear Mehrez's voice reading a letter to Ouni over footage of the protagonist running up and down a hill in a desert, the man who emerges is no longer the smiling and fresh-faced youngster we were introduced to in the beginning. Now he has a beard, a missing tooth and a weary look in his eyes, but it seems he hasn't lost any of his contagious energy. Also, he suddenly has a very beautiful and very jealous girlfriend, Malik, who is still in high school.

This kind of inconsistency is one of the problems in the film, along with the lack of a clear chronology of the events depicted. In addition, the extensive use of scenes of rehearsals early on in the feature means a lot of shouting and jumping around on a stage, which rarely looks good on screen. Similarly, there are three chaotic, poorly lit scenes of Mehrez and his friends drinking beer on a hill above the city, the first of which ends in a physical altercation over politics. Such an approach does not fit our comfortable viewing habits, but it does confirm the director's uncompromising attitude. In this sense, the film closely follows the spirit of the protagonist, and its form and content fit together very well – even if, as a whole, it is often a frustrating experience.

In the second half, the picture finds its footing in terms of rhythm and tone, although Ouni keeps including long, handheld sequences that are narratively unnecessary but arguably serve to further explore Mehrez's personality. Conversely, the director makes the film more attractive by adding a couple of jazzy ethno tracks to the theatre scenes, which sound improvised and lo-fi, fitting the overall aesthetic. As it progresses, the feature becomes increasingly audience-friendly, and when the theatre troupe gets to a festival in Utrecht and Mehrez sees an opportunity to stay in Europe (which is the "Tunisian dream", as Malik's sister calls it), the film definitely falls into place for a Western spectator.

The Disqualified is a co-production by Tunisian companies Henia Production and Rhésus Monkey Film, and France's La Huit.

more about: The Disqualified

The second edition of the industry event, held during the 41st Cairo International Film Festival, invited over 250 industry professionals from Europe and the USA, among other nations 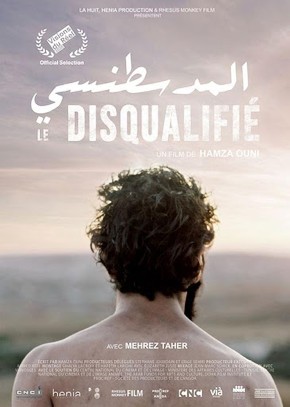 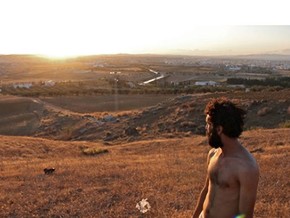