15/05/2020 - The region of Estremadura, with its villages, meadows and stifling summers, feeds into the tension of Aritz Ortiz’s debut film, a thriller denouncing abuse and mistreatment

In one scene of La Rusa [+see also:
trailer
film profile], while two lead characters are engaged in a tense exchange, a train pulling one or two carriages passes directly behind them: in Estremadura, the region where the action of Aritz Ortiz’s first film unfolds, the railway is more than just a means of transport. It’s a political and social symbol. This “train of terror”, as it’s commonly known, prone to breaking down and leaving its passengers stuck in the middle of nowhere at any point in the journey between Madrid and Huelva, is at the centre of local demands for a better communications system in this Spanish region, which is one of the most disadvantaged and isolated areas in the country. And this despite its location half-way between the national capital and Lisbon, and its wonderful historic and rural heritage.

It’s here in the village of Valdetorres, near Badajoz, that Ortiz shot his movie (using some of the local inhabitants as extras) over the course of two weeks in July – just when the heat becomes unbearable in the Estremadura countryside. It’s a film which only lasts an hour, but which makes good use of the heavy seasonal atmosphere and the remoteness of the location, which is, at times, reminiscent of westerns or Spanish classics such as The Holy Innocents by Mario Camus or El séptimo día by Carlos Saura (two films which were also shot in this region and where, much like in this work, it all explodes into brutal violence).

Sharing its tense DNA with other films such as Straw Dogs and La caccia, though clearly to a lesser degree, La Rusa follows in the footsteps of a man from the city who returns to his village after a 15-year absence. But it’s not a relaxed and photogenic tourist enclave that he finds here. Verging on bleak at certain points, much like the arid village which served as a setting for Chicho Ibáñez Serrador’s Who Can Kill A Child?, this is a land where resignation has become the norm and oppression its greatest scourge.

Somewhat irregular in its mise en scene, but enriched with a pace which quickens as the action progresses, La Rusa speaks of fear and resignation, abuse and mistreatment, poetic justice and hope, offering up an, at times, uncomfortable portrait of an uninhabited area of Spain, which isn’t rare on screen but which is nonetheless interesting, appealing and highly recognisable.

La Rusa is an independent production by Cristina Moreno, Miguel Sánchez and Aritz Ortiz. Starring Monika Kowalska, Manuel Larrea, Xosé Núñez and Eduardo Rosa in lead roles, the film will be released on Filmin today, Friday 15 May, before dropping soon after on Amazon Prime Video. #ConUnPack are heading up distribution.

The region of Estremadura, with its villages, meadows and stifling summers, feeds into the tension of Aritz Ortiz’s debut film, a thriller denouncing abuse and mistreatment 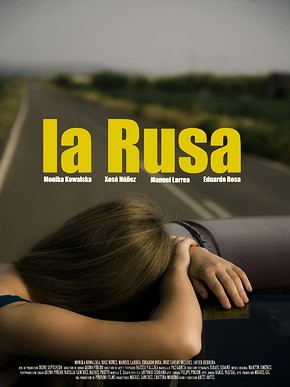 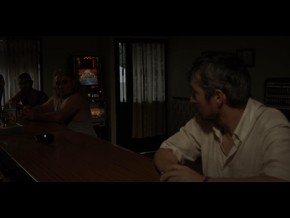 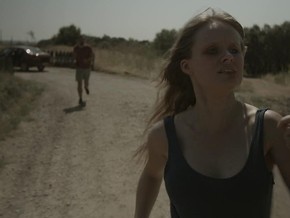 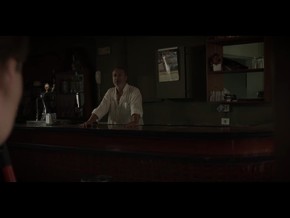 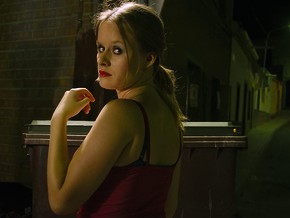